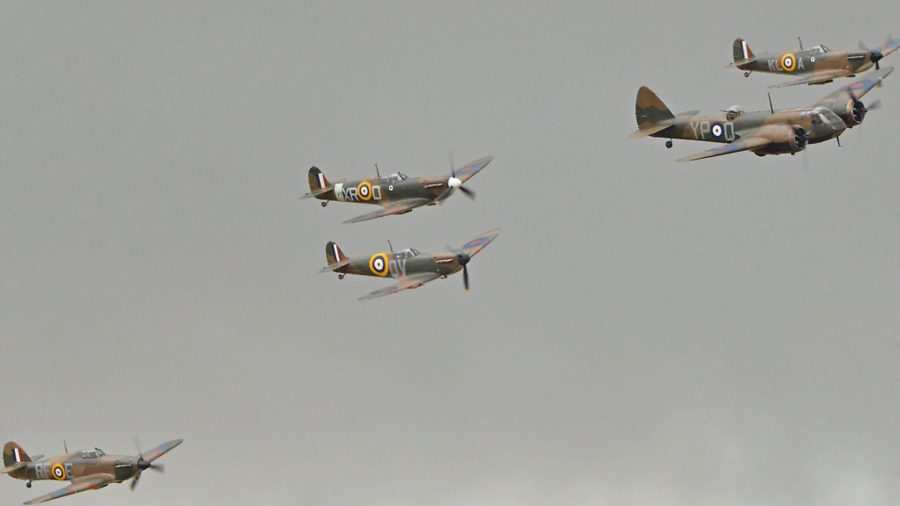 2,000 people around the UK were surveyed by the RAF Benevolent Fund – an organisation that supports serving RAF personnel, veterans and their families – on their knowledge of this vital WWII conflict.

Younger Britons were the most unfamiliar with the battle as only 33% of those aged 18 – 24 were able to correctly identify the battle.

Of the other 67% in that age bracket 30% had no idea what the battle was, 12% thought it was a battle for control of the Channel in WWI, 9% believed it was a civil war between England and Scotland, 6% a Viking invasion and 3% wrongly identified it as the 2019 General Election.

Of the 56% of all surveyed who knew what the Battle of Britain was, 46% were unaware it took place in 1940 and 78% didn’t know how long the battle lasted for.

Similar research took place in 2015 and comparisons with 2020 data show there may have been a decline in Battle of Britain knowledge in the 18 – 24 age bracket in that time.

48% of all respondents said they’d like to know more about historic events and so in response the fund is beginning a six-part Battle of Britain podcast.

Air Vice-Marshal Chris Elliot, Controller of the RAF Benevolent Fund, said: “As we reach this significant 80th anniversary, it is vital the sacrifice of The Few and all who supported them is remembered and marked by all generations.

“Such important historical moments have lessons for all of us and that’s why we’re encouraging the British public to find out more. By supporting RAF veterans and their families we get to hear their incredible stories first-hand but as time passes, those opportunities are running out.”

View the full survey results through this link.