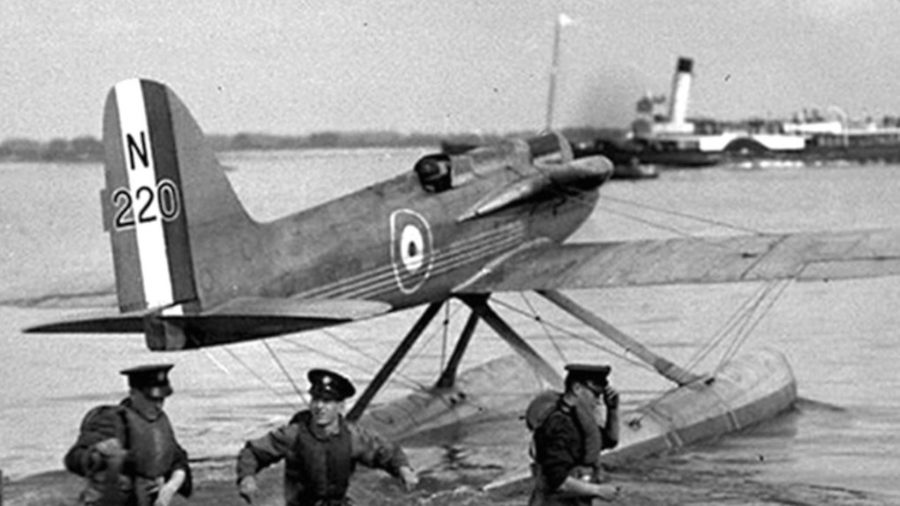 In 1912 Jacques Schneider, financier, balloonist and aircraft and hydroplane enthusiast offered up his trophy to encourage innovation and development of seaplanes. The race was held twelve times between 1913 and 1931 with a short break in between due to the 1913-1918 war.

Ultimately it was the British who won three times in five years and thereby kept the Trophy in perpetuity (it now resides at the Science Museum in London if you’re passing and fancy a look).

The second and third wins in 1929 and 1931 were achieved on the Supermarine S6 but it is the machine that won in 1927, the S5 which has always been the apple in the eye of one man. Now he is building a replica.

Will is joined by John Wighton. Technical Director and project engineers Rod Bellamy (LAA Inspector, and fuselage and float builder) and Bill Penaluma (Wing builder). Liam Bennett manages the marketing side of the operation.

The original aircraft was fitted with the twelve-cylinder, 24 litre Napier Lion VIIa engine. With an eye on cost, reliability and preserving the World’s remaining oil reserves, the team has opted instead for a somewhat more reasonable Continental IO-360 which, with 210hp, will be enough for an estimated 150mph.

Build drawings and modifications have been produced by Technical Director John Wighton in close collaboration with the LAA (Light Aircraft Association), which has been extremely supportive of the project.

Being a full-scale replica, this S5 retains the exact dimensions of the original. To put this in a context, the wingspan at 26ft 9in is almost ten feet less than that of a Cessna 172 while the fuselage length of 27ft 2in is three feet shorter.

The order of build is ‘bottom up’ – work on the floats started in June 2020 and will be completed by the end of the year. Next will be the wings with an anticipated finish date of mid-2021 then the fourteen-month build of the fuselage is planned to start in October 2021. The team hope to be ready for the maiden flight around mid-2023.

Projects such as this need funding of course and the team are engaged in a campaign to offer sponsors branding and marketing opportunities which will be available throughout the life of the aircraft.