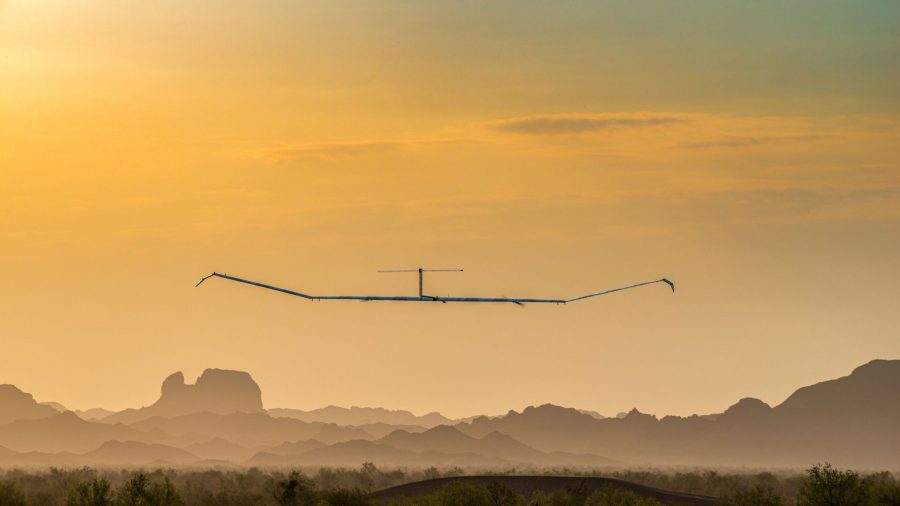 The flight test programme was intended to demonstrate how the Zephyr could be used for future operations, including flying outside restricted airspace and within airspace shared with Commercial Air Traffic. Carrying an optical advanced Earth observation system as payload, it proved its operational value to provide ‘instant, persistent and improved situational awareness’.

The campaign consisted of six flights in total, four at low-level and two in the stratosphere. The high-altitude flights each lasted around eighteen days, totalling more than 36 days of stratospheric flight. This adds a further 887 flight hours to the 2,435 total accumulated by the Zephyr to date.

“Zephyr is the leader in its sector. It is a sustainable, solar powered, [surveillance] and network extending solution that can provide vital future connectivity and earth observation to where it is needed,” said Jana Rosenmann, Head of Unmanned Aerial Systems at Airbus.

As it uses sunlight to recharge its batteries, the Zephyr uses no fuel and produces no carbon emissions, making it ‘carbon neutral’ in operation, while its ability to remain in the stratosphere for months at a time will bring the potential to revolutionise disaster management, including monitoring the spread of wildfires or oil spills by providing ‘persistent’ surveillance. It will also be able to provide communications to the most remote parts of the world.