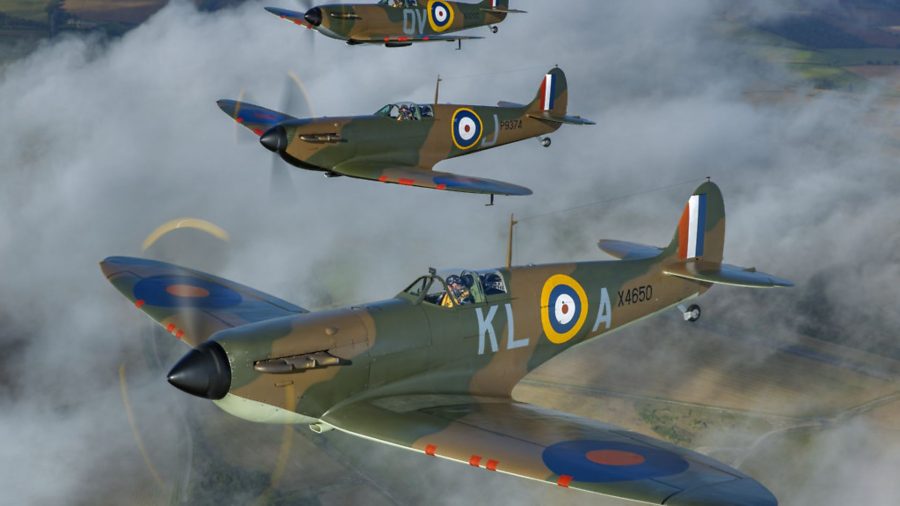 Beautifully shot, including some of the most stunning and balletic aerial photography we have seen, Spitfire offers stupendous visual treat for the aircraft enthusiast.

The filmmakers have gathered an excellent selection of interviewees for this documentary, mostly WWII veterans like Geoffrey Wellum and Tom Neal, but also some of today’s Spitfire pilots, including our own Maxi Gainza.

The music is very good and appropriate to the subject, and the whole thing is very well edited. It is a delight to see the right aircraft matched with the right events and even the care taken in dubbing the correct engine sounds (for example, the Messerschmitt 109’s harsh ‘stone crusher’ sound).

You will also learn something about the true origins of the Spitfire’s elliptical wing plan form… The Pilot review team, did however fell that the film comes over a bit too much like an old-fashioned propaganda message – something of a myth-building, or at least myth-polishing exercise in its own right.

This is fine if you revel in such things, but we would suggest that fuller acknowledgement of the Hurricane’s role in saving the country in 1940 would not have gone amiss (earlier to fly and quicker to build, Hurricanes outnumbered Spitfires by two to one in June 1940, and most historians agree that the success ratio of the two types in combat was pretty close).

Also, the perhaps rather inconvenient fact – from the point of view of an idealised narrative – that Mitchell designed the ungainly Type 224 between S6 Schneider Trophy winner and Spitfire was missed out altogether.

Packed with air-to-air photography attributed to John Dibbs, this may be a film all about flying, but you don’t get a pilot’s eye view of flying the Spitfire until you are an hour into it.

And one last pilot’s gripe: when we see aerobatic manoeuvres being flown, we like to see them flown all the way round – several times loops and rolls are cut halfway through, in contrast to the fine editing elsewhere, breaking up the flow.

But how glad we are that Spitfire has been produced at all, and produced so lavishly: clearly a labour of love and something to be appreciated for being just that.