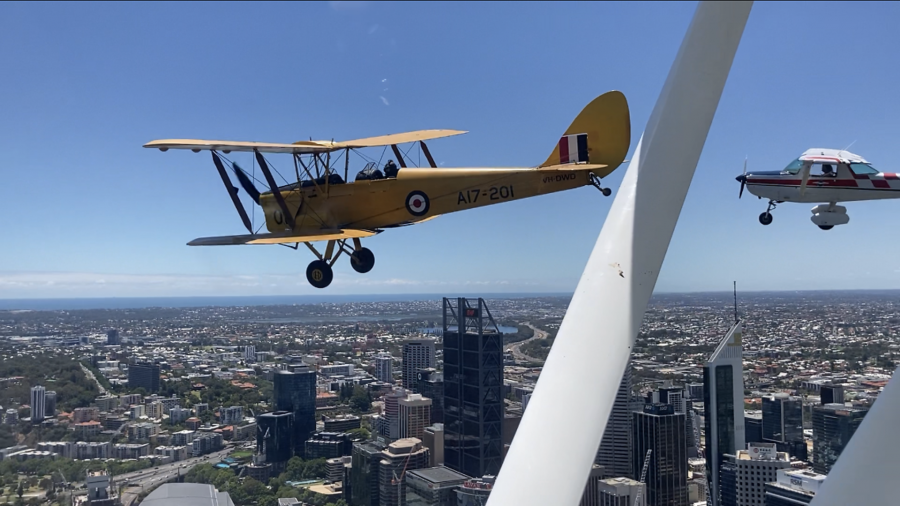 On 14 December 2021 a group of aviators in Western Australia celebrated the centenary of the southern hemisphereÃ¢â‚¬â„¢s first ever airline service (long pre-dating Qantas) by having a pair of Tiger Moths land in PerthÃ¢â‚¬â„¢s city centre Langley Park.

The event had to be kept completely secret so a crush of onlookers didnÃ¢â‚¬â„¢t block their safe landing. Ã‚Â

On 5 December 1921 a young Major Norman Brearley and five other pilots including the latterly famous Charles Kingsford Smith ferried their Bristol Tourers (simple conversions of the Bristol Fighter) from PerthÃ¢â‚¬â„¢s Langley Park north to Geraldton. Thus began Western Australian AirlinesÃ¢â‚¬â„¢ regular service around the coast, a 1,455-mile route to and from Derby in the north-west of Australia. The service used hastily improvised airstrips, often in the difficult meteorological conditions. WAA subsequently morphed into Australian National Airlines which later became Ansett ANA.Ã‚Â

In commemoration of this historic event, earlier in the year a flotilla of aircraft from the Royal Aero Club of Western Australia retraced the entire route, while at Langley Park a plaque was unveiled. Closing the ceremony a formation of four other aeroplanes flew overhead. Honoured to be among their pilots was our contributing editor Bob Grimstead.Ã‚Â