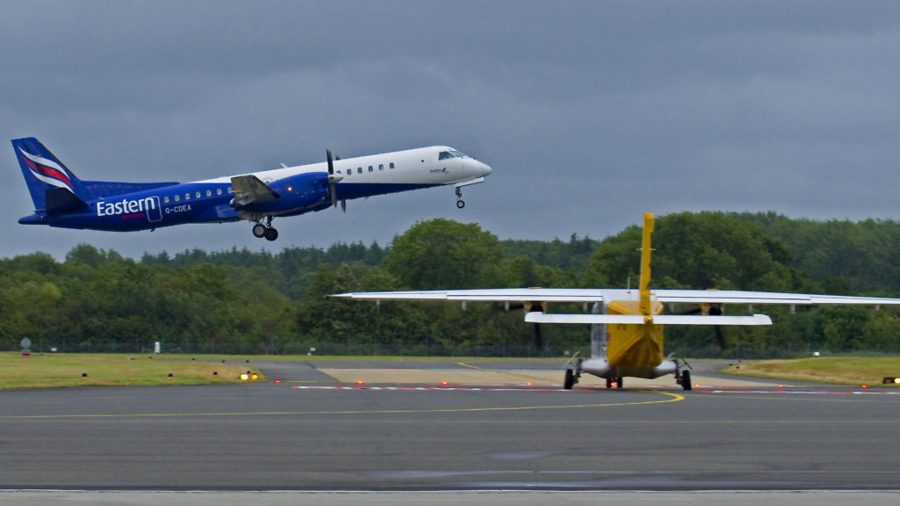 It was discussed at an assessment meeting with the Authority during which the airport operator said that new routes would overfly some communities that were not currently regularly overflown (see graphic issued by the airport).

“The proposed change to Southampton’s airspace is one of fifteen ACPs under the Future Airspace Strategy Implementation South that are scheduled for consultation in the near future, and some will affect airspace below 7,000ft,” says John McCullagh of the Lasham Gliding Society, which, as we have previously reported, has been granted leave for a Judicial Review of the CAA’s decision to approve Farnborough Airport’s controversial airspace change proposal.

That hearing has now been scheduled to open in the High Court on 5 June.

“We recognise that there is a need to reduce delay and to save fuel,” McCullagh says. “However, it is important that any new controlled areas are designed to be safe for all users of British airspace and to use this valuable national resource as efficiently as possible.

“At present there is a risk that an uncoordinated patchwork of airspace will be left for general aviation, with numerous pinch-points that will increase the risk of collisions. People living in previously quiet areas of the country may also be in for surprises.

“[We] and other aviation bodies oppose Farnborough’s proposal because it would create an inefficient and disproportionately large amount of controlled airspace that would have a significant and negative impact on safety, and on the Society’s operations and financial health.

“With the Southampton airspace proposal and more in the offing, winning this Judicial Review is more important than ever to ensure that the needs of GA are properly considered.”

Supporters of Lasham’s campaign have so far donated £87,000 of the £100,000 needed to fight the case. For more details, or to donate, visit: lashamgliding.com/pages/airspace-campaign