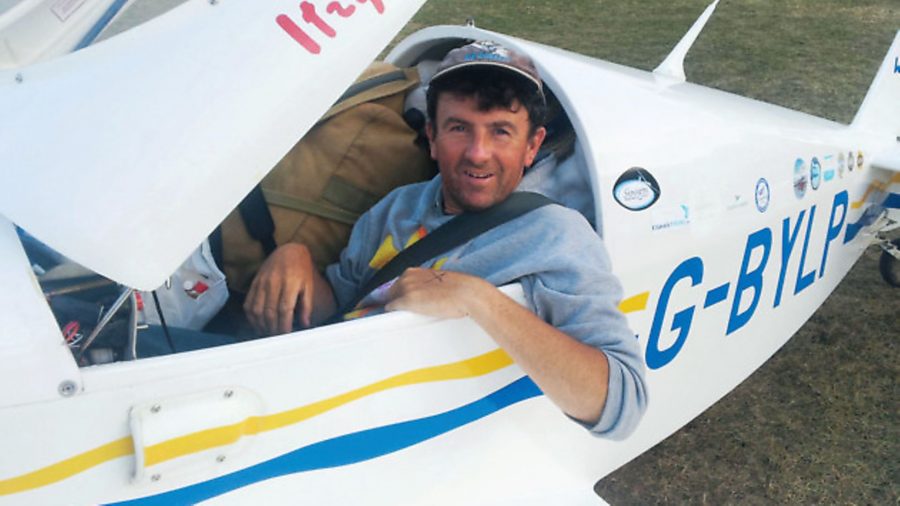 At 1.00pm Alaskan time (10.00pm tonight in the UK), Colin Hales, a 46 year old aircraft mechanic from Staffordshire, will depart from Nome Airport, Western Alaska and head westward in his homebuilt KR2, continuing the world tour he embarked upon in 2014, crossing the Atlantic and North America. His intention is to cross the Bering Straight and fly through Russian Federation Airspace, en route to China.

Colin built the tiny 22 foot wingspan aircraft himself and has been flying around the world and attending airshows since June 2014. He described the journey up until his arrival in Alaska in ‘KR World Tour’, published in the June 2016 edition of Pilot magazine, and available online here.

While others may have rounded the earth in light aircraft and homebuilts, no one has been permitted to fly through East Russian Airspace in a private aircraft for eight years and no one has ever flown through Russian Federation Airspace in such a small aircraft.

Quite how Colin has managed to complete the complicated negotiations to obtain transit permission from the Russian Federal Air Transport Authority and be granted permission to land in the Chukotka Autonomous Region of Eastern Russia, to continue on through to China, nobody really knows. On his facebook page he has declared that he intends to land at Anadyr, Magadan and Blagoveshchensk Ignatyevo airport, on the Chinese border before continuing on into The People’s Republic to attend the 2016 Shenyang International Aviation Expo at Faku Caihu Airport, 300 miles north east of Beijing.

He concedes that his chances of success ‘must be minimal’, as the chosen route requires him to fly his tiny, fifteen-foot long aircraft for over ten hours at a time between airports. He has no sponsors nor any team to help with the logistics. Indeed, his only ‘support’ appears to come from the team of soft toys that accompany him in the cockpit.

Colin’s progress can be tracked on his website kr2worldtour.com. If he arrives in China, it will surely be one of the major flying achievements by a British pilot for many years. “I will probably have quite a story to tell,” he tells Pilot.

UPDATE: Colin is reported to have landed safely at Anadyr this morning. He may not be able to continue immediately with his journey, due to the ‘very strong’ headwinds forecast.

If you want to follow Colin’s progress and keep up to date with his location, you can now track him with this handy link.