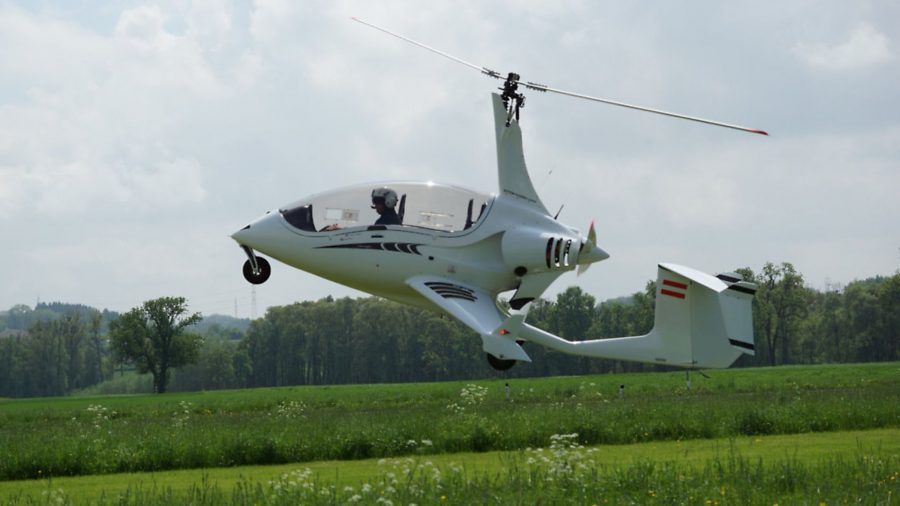 The transaction was brokered by consultants Aerospace Investments Co. Ltd and Silk Wings Aviation who are now actively assisting in the completion phase. The deal follows the recent conclusion of a formal agreement in an insolvency court in Austria.

Production of the all-composite ArrowCopter will remain in Austria, whilst discussions take place with several of the company’s former key personnel.

Sichuan Dahua are committed to investing in production in Europe. There will also be a parallel, complementary certification programme to prepare the ArrowCopter for serial production in China. Dahua will continue to further develop the business, focusing on R&D upgrades on the ArrowCopter series, as well as streamlining production within Europe and China.

The market potential for Gyrocopters in Asia is developing rapidly, especially in China, where the ArrowCopter will be certified in the Lightweight Sports category. Three Gyrocopter manufacturers have already been certified by the CAAC (LSA) in China and are enjoying strong sales success.

ArrowCopter is an innovative high-performance Gyrocopter available in a single-seater setup (AC-10) and the two-seat tandem (AC-20) model.

The ArrowCopter is aerodynamically designed to enhance performance, as well as safety and comfort. ArrowCopter is the world’s fastest production gyrocopter, offering the lowest external noise level in the industry due to its innovative shape and full carbon fibre construction.

ArrowCopter has acquired sport aircraft flight certifications in several EASA countries as well as being registered in the USA in the experimental class on a designated permit to fly.

The prototype design of the ArrowCopter was first unveiled in 2006 and in 2008, the single-seater AC-10 made its first flight. Three years later, in 2011, commercial production started. The two-seat AC-20 prototype made its first flight that same year and during 2016 40 units were sold to 15 countries worldwide.

In September 2018 the company filed for insolvency protection from the Austrian courts, beleaguered by insufficient financing and management issues. This led to the disposal of all assets and the sale to Sichuan Dahua.