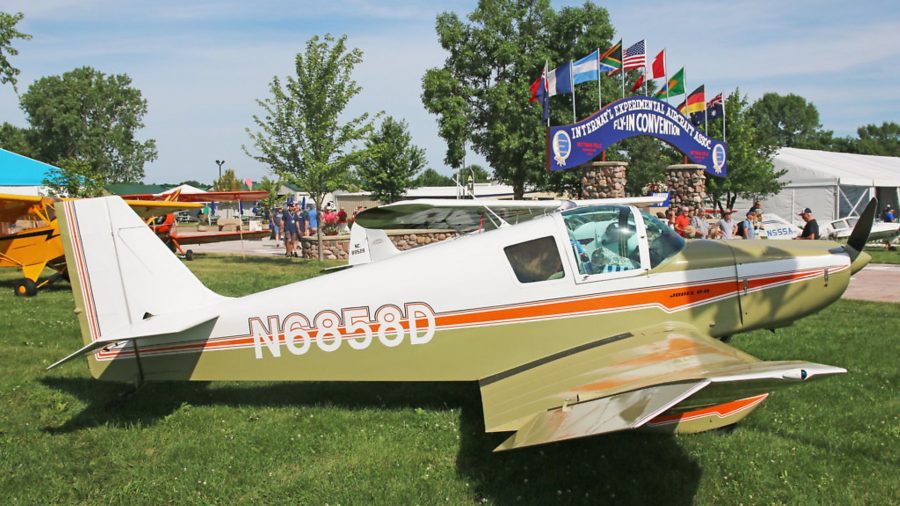 AirVenture, the US Experimental Aircraft Association’s great annual show was a showcase for home- and factory-built aircraft, new and old ? and one or two notable debuts | Words & photos: Nigel Hitchman

Oskosh enjoyed perfect weather through nearly all the week of AirVenture, which was a big contrast to the massive storms which left five inches of rain on the grounds the Friday and Saturday before the fly-in started.

The rain left many areas waterlogged, with some aircraft parking areas closed until Tuesday to allow them to dry off. Despite this there were still 2,758 ‘show planes’ registered, including 1,057 homebuilts, 939 vintage aircraft and 400 warbirds.

The event attracted a record 642,000 visitors, who came to see not just the aircraft but 863 commercial exhibitors, plus forums, workshops, presentations and, of course, the airshow.

The EAA was celebrating its fiftieth Oshkosh fly-in and there were a good number of aircraft present that had been to the first event and even some that had flown to all fifty.

While highlights among the warbirds and vintage aircraft are reported in ‘Old Timers’ (p.56) section, there were also many great homebuilts on show, both vintage and new, and some terrific flying displays, not the least being the ‘Air Attack’ demonstration of fire bombers, which starred the Viking Aerospace (Canadair) CL-215, supported by a Colorado ANG C-130, Air tractor 801, Aerocommander spotter plane and a flyby from a vintage A-26.

This was another fantastic year for Oshkosh and AirVenture: a week spent immersed in aviation with plenty for everyone to see, but never enough time to see it all.

For your diaries, next year’s dates have already been announced: 20 to 26 July.