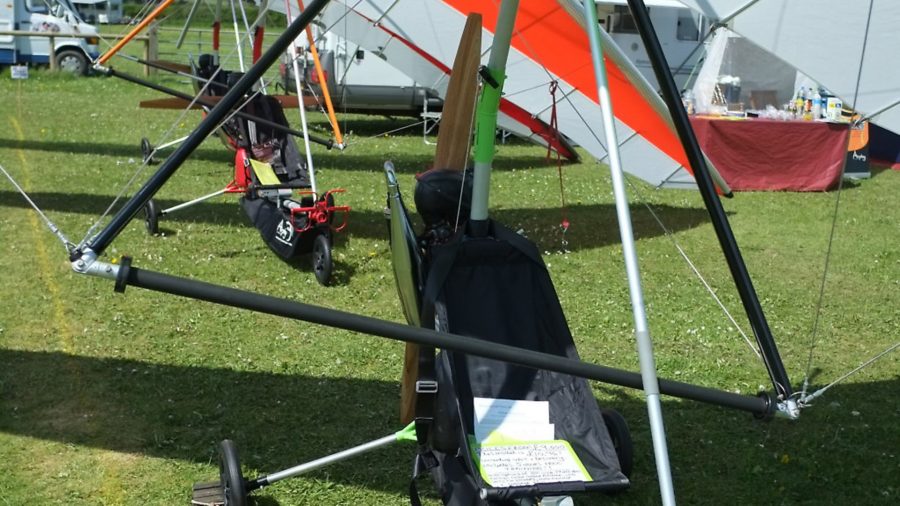 Enjoying record high temperatures for May and some of the best flying weather so far this year, last weekend’s Microlight Fair left traders and customers basking in a warm glow

In recent years the great open­air trade event has been blighted by poor weather: this time round, for all three days?the weekend fair and Monday’s vintage fly­-in and classic car event?it was ‘scorchio’, as The Fast Show’s Euro channel weather girl would have put it.

“It was a bumper weekend,” airfield manager Mike Pearson tells Pilot, “although it’s aged me by ten years! Nine hundred aircraft visited, 500 of them on the peak day, Saturday. It was a job to park them all. We had 5,300 people come through the gate, not counting the number who flew in.”

Traders, many of whom were offering special show offers, expressed their pleasure with how the weekend had gone. All this came on the back of an especially good year for the Hampshire airfield, which according to Mike Pearson has enjoyed the biggest total of annual movements since 1996 and seen a ten per cent rise in income.

Not that he is planning to relax, hosting a drone racing weekend immediately after the Microlight Fair and formulating plans to introduce charging points for electric aircraft – an ‘even greener’ option than the 91 ULG avgas already on offer. Popham is on the up! – Philip Whiteman

Pilot’s full photo-report appears in the June issue, on sale from 23 May