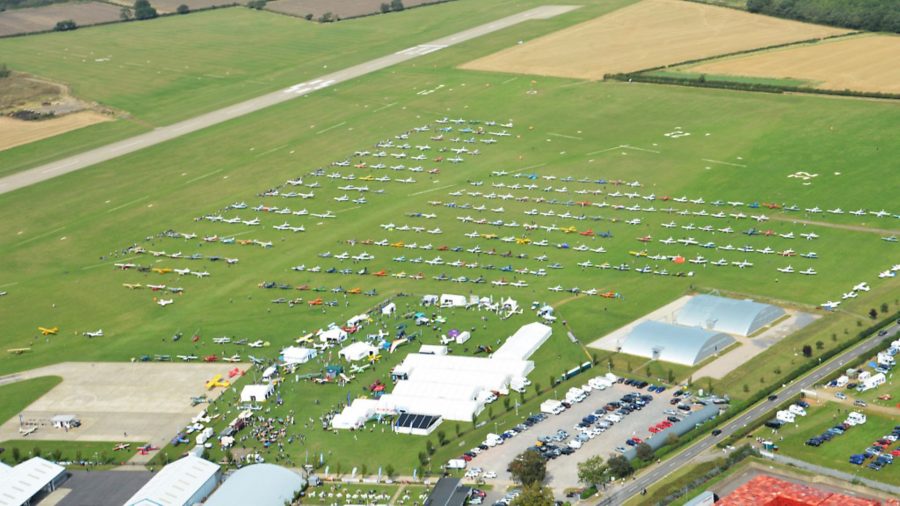 Showers may have interrupted play, but the Light Aircraft Association’s great fly-in at the historic Northamptonshire venue was an event to be savoured | Words & photos: Philip Whiteman

Held just before Pilot went to press over the long weekend of 30 August – 1 September, the LAA Rally continued the happy theme, re-established on returning to Sywell several years ago, of being above everything else an enjoyable reunion for association members and their mates.

At the same time it serves as a showcase for grassroots light aviation and an inspiration to go flying. There is also the opportunity to buy useful aviation stuff, from new tools, materials, instruments and avionics to second-hand parts for that yet to be completed build.

The weather cooperated in the main, although high winds must have put off some of those flying lighter machinery (Pilot’s Editor among them – it was just too sporty on the Friday for a comfortable arrival by J3 Cub). However, the things over which the LAA did have control, including a widely appreciated series of talks, worked out well.

One of those speaking was Europa and Liberty designer Ivan Shaw. Before he became the country’s most successful kitplane manufacturer, Ivan won fame in PFA/LAA circles with his Rutan Vari-EZ, which he converted to twin engines.

This year his Seeker ‘mini de Havilland Vampire’ prototype was to many visitors the undoubted star of the show.

Completed and painted by glider pilot, Dave Bieniasz from Trent Valley Gliding Club in Lincolnshire only days before the event, we have never seen such an immaculate prototype?and the engineering, including a manually retractable main undercarriage/electrically retracted nosewheel and folding wings with remotely operated locking bolts was something to behold. We look forward to Ivan reporting on the first flight.

Other highlights were GASCo’s challenging preflight inspection competition (I missed the leaking fuel stain around the rear tank gauge and disconnected inner tailwheel steering spring and mistook the ‘wasp’s nest’ for a dangling novelty) and the welcome announcement at the Rally that the CAA has ceded oversight of the continuing airworthiness of UK registered Yak and Nanchang CJ-6A aircraft with Permits to Fly to the Light Aircraft Association.

Out on the airfield, once you worked your way past the vintage machines parked close to the airside gate, it looked like an RV benefit.

We counted five rows of the (rather superb) things. With 400-plus on the UK register, overtaking the 300-strong Europa fleet some time ago, the RV has become the ubiquitous homebuilt aircraft.

Elsewhere we, and no doubt the many spotters present, noted fly-in visitors from countries as far-flung as Sweden, Hungary and… Could that N-reg Comanche have come from the USA? Perhaps not, but with an event so attractive as the LAA Rally, such a thing is far from unlikely!