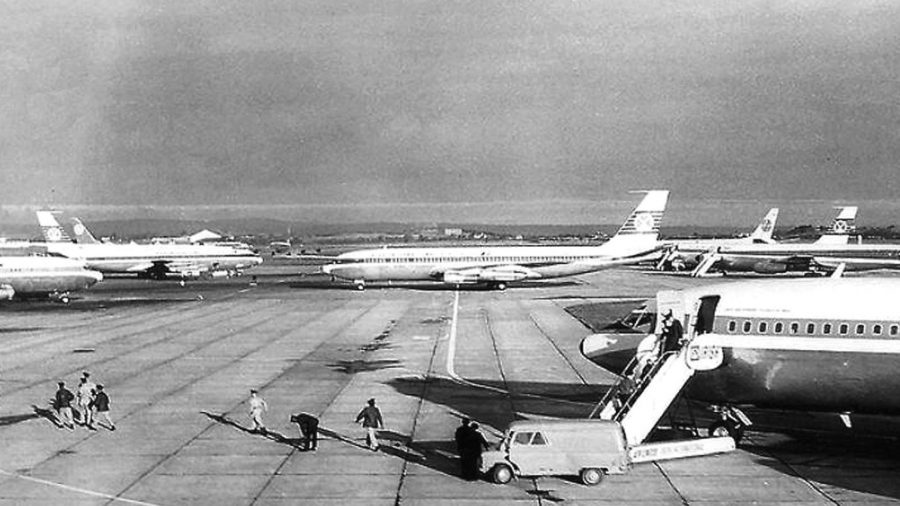 Shannon Airport has celebrated its eightieth anniversary by commemorating the arrival on 11 July 1939 of its first passenger flight, a Belgian Sabena Savoia-Marchetti SM.73 tri-motor airliner which landed on the newly-opened and then-named Rineanna Airfield

The passengers were greeted with cheers from the assembled staff of the new airport before they were taken to Foynes to board Pan American’s Boeing 314 flying boat Yankee Clipper bound for New York.

The news of the SM.73’s arrival at Rineanna spread quickly, and by the time its crew returned later that night for their return trip to Brussels via Croydon Airport a crowd of 500 had gathered to watch it take off.

By 1942 Rineanna had been named Shannon Airport and by 1945 its runways had been extended to accommodate transatlantic services. Two years later Shannon boasted the world’s first airport duty free shop, then a small kiosk staffed by one woman.

Eighty years on Shannon is Ireland’s second-largest long-haul airport, and the only one outside of the capital offering direct flights to all key Irish markets – UK, mainland Europe and the USA. In 2009 it became the first airport in the world, outside of the Americas, to provide full US Preclearance facilities.

Mary Considine, Acting Chief Executive Officer of the Shannon Group, says: “We are hugely proud of our history here at Shannon, and our pioneering reputation is recognised and respected across the world of aviation.

“Shannon was the first European gateway for transatlantic flights and over the past eight decades we have welcomed every serving US President, royalty, famous actors and musicians along with tens of millions of international travellers…

“We are an airport that is imbedded in our community, and we would like to thank our customers for their loyalty and support over the years and ask them for their continued support in the years ahead.”