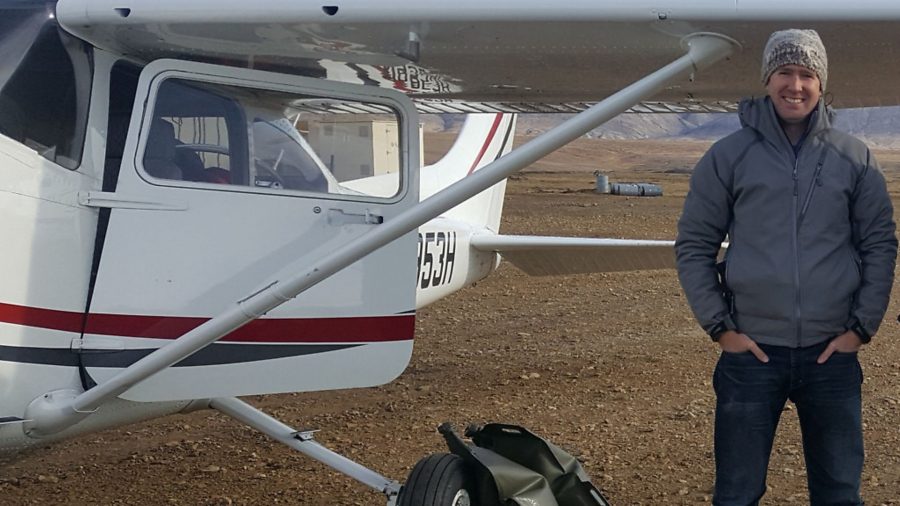 Sevenoaks born Ross Edmondson will be spending the majority of the next 12 months up to 12,000ft high as he takes on an epic round-the-world challenge to travel the globe by a light single engine aircraft – all for charity

The 35-year-old, who now resides in the Netherlands, hopes to cover more than 40,000 miles in his 1981 Cessna to raise money and awareness for an old school friend’s charity, African Promise. He will be taking on the challenge in six, one-month periods over the course of a year – working in between!

If successful Ross will be one of only 200 small aircraft pilots that have been known to have flown around the world.

Every penny raised from the flight will go towards African Promise’s work with primary schools in rural Kenya. The charity currently supports seven schools, serving more than 2,500 disadvantaged children, by upgrading infrastructure, funding the salaries of extra teachers, and providing a daily lunchtime meal to every pupil. The charity is currently raising funds for the reconstruction of an eighth school.

Ross, a project engineer working in Iraq, said: “I attended secondary school with Charles, the charity’s founder, and watched with interest as he discovered his passion for Africa and developed the charity.

“In 2013, I had the opportunity to act as pilot on a four-month medical flight through Africa with a British Obstetric surgeon, visiting 26 African countries to provide medical training to combat maternal mortality in childbirth. This further developed my interest in Africa, and desire to do more to contribute to their development when the opportunity presented itself.

“I am really looking forward to this adventure but it’s not without its challenges; small aircraft are very rare in most of the world and getting clearances to fly through many countries is a huge challenge. I’ll also have to face extreme weather conditions and in many of the regions I fly through, the available flight information is very limited, especially in terms of en-route weather, so it will be a constant challenge to avoid dangers such as thunderstorms.

“And finally, the length of some flights is daunting. From New Zealand to California I will have to island hop over long stretches with nowhere to land, the longest leg being 2,400 miles from Hawaii to California, expected to take around 17 hours. I will have to take off 10% over the aircraft’s usual weight in order to hold the extra fuel required and spend the next 17 hours over water and far from anywhere to land in case of emergency! That all said, I am definitely up for the challenge and can’t wait to wave the flag globally for African Promise.”

Ross will be departing on May 9th from Zelienople in Pennsylvania and hopes to complete his challenge by April 2020. His route is as follows:

– Section one, May 6th-17th: Pittsburgh PA, USA, to the Netherlands via Canada, Greenland, Iceland, and the UK.

– Section four, December 9th-January 1st 2020: A flight all around Australia