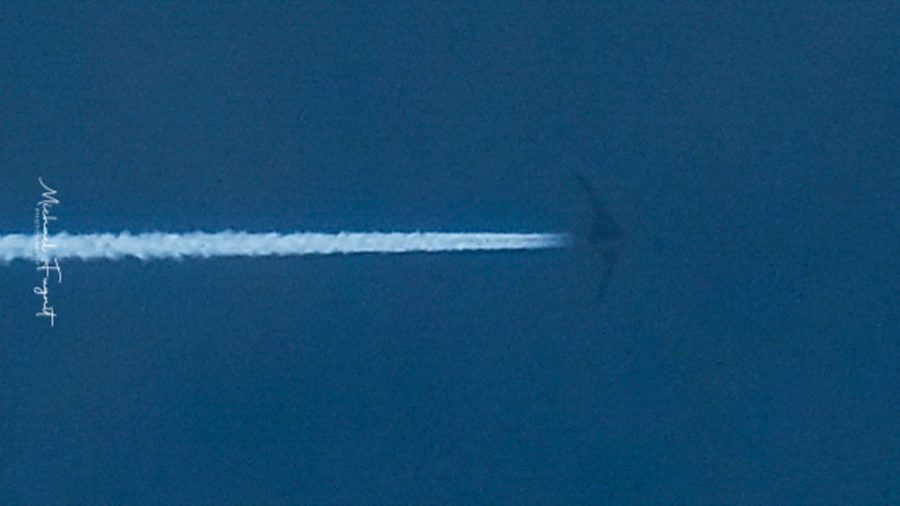 A photograph of a mysterious high-flying aircraft passing over the Philippines has defence analysts speculating that it could be a Northrop Grumman RQ-180, an aircraft whose existence is denied by the US Air Force.

Analysts believe the RQ-180 was developed starting in 2008 to provide the USAF with high-altitude, long-range surveillance capabilities previously provided by the SR-71 – retired at the end of the 1990s. Believed to be similar in size and endurance to the RQ-4 Global Hawk, the stealthy RQ-180 is however designed to operate in ‘contested’ or ‘denied’ airspace.