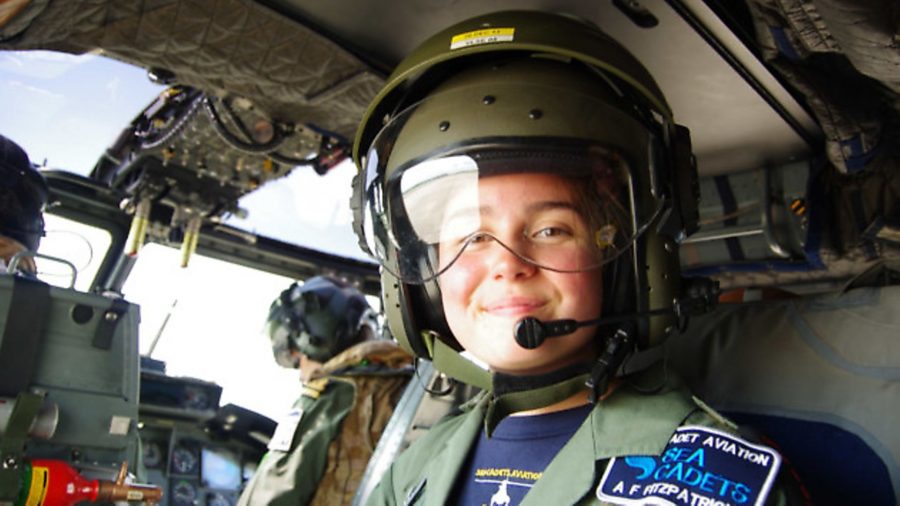 This replaced the planned ‘Silver Wing’ course, which had to be cancelled because the Royal Navy’s Grob Tutor training fleet at 727 Squadron were grounded with technical problems.

Once again twelve cadets were selected by Aviation Lead Instructor LT Marc Pether RMR to attended the ground school which was held at SCTC Weymouth and RNAS Yeovilton.

During the weeks course all cadets had air acquaint flights with either 815 Squadron flying the Lynx helicopter or 848 Commando Helicopter Force with their Sea Kings. All the flights took in some of the local sights including the Glastonbury Music Festival which was about to open and made quite an impression from 2500 feet up.

All students found the course hard work but enjoyable and were presented with their Bronze Wings on completion by Commodore Martin Westwood RN (Rtd), the former head of naval aviation at RNAS Yeovilton.

Leading Cadet Andrew Hill from Weymouth was the top student and was presented with a watch kindly donated by Sekonda while Ordinary Cadet Thomas Avery-Wright from St. Peter Port, Guernsey become the youngest Sea Cadet in the Corps to be awarded his wings.