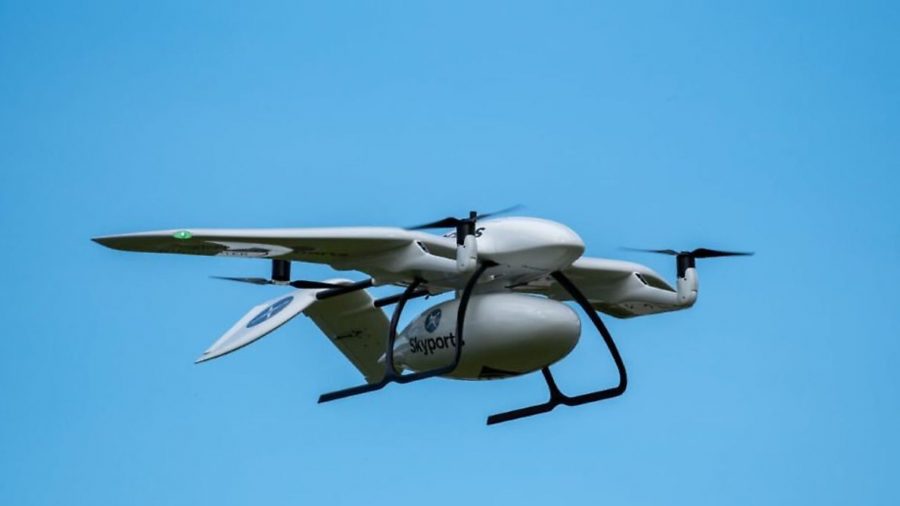 While the extended consultation period for Skyports’ latest Airspace Change Proposal ACP-2020-099 only closed on 31 January, the drone operator’s previous ACP for operation of an Unmanned Aircraft System (UAS) being flown Beyond Visual Line of Sight (BVLOS) in Segregated Airspace in the Oban-Lochgilphead area has been approved by the CAA. The temporary change will be implemented from Monday 8 February to Wednesday 31 March 2021 (inclusive) with certain caveats, including weather restrictions due to inclement weather in the area, the provision of a Danger Area Activity Information Service (DAAIS) and adequate notice of activation.

The visibility restriction is aligned with the minima for VFR flight of manned aircraft, so consequently the Temporary Danger Area complex will not be activated if the cloud base is below 1,500ft amsl and the visibility less than 1,500m. It should also be noted that Skyports’ small unmanned aircraft (SUA) is subject to its own weather limitations and will not be operated if conditions exceed these limitations. The SUA is fitted with ADS-B IN and OUT, which can process uncertified ADS-B signals, namely SIL/SIL=0.

A DAAIS will be provided throughout implementation of the temporary change, and the TDAs may only be activated whilst the DAAIS provision is available. The Operating Authority will be Scottish Information, and a FISO will be available between 08:00 – 20:00 local time on either 127.275 or 119.875Mhz. Oban Information will also be available during its ATC operating hours on 118.055Mhz.

The CAA requires activation requests to be provided with at least 24 hours’ notice but, where possible Skyports Flight Operations intends to give as much notice as possible. Skyports says it will only activate the parts of the TDA complex needed to facilitate routes to be flown over any given period, and that whenever one or more TDAs in the complex is not required, they will not be activated. In addition, TDAs will not be activated for the whole duration of the period of implementation, the company will only activate TDAs when required and for the minimum duration necessary, and will deactivate them outside of notified hours and also as soon as possible whenever a TDA is determined to be no longer required for any reason.