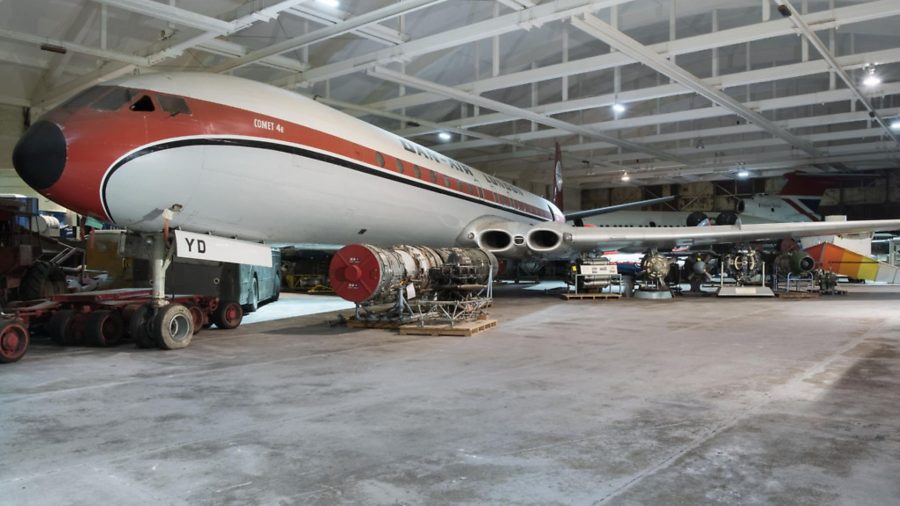 The three aircraft – Trident, Comet and Constellation – are available for public display as part of the Group’s aim to increase access to objects from the Science Museum Group Collection for audiences across the UK.

Trident 3B was the first passenger airliner to be equipped with Autoland, a fully automated landing system which enabled aircraft to land in challenging weather conditions. This aircraft is the only complete Trident held in a UK national museum collection.

The De Havilland DH 106 Comet 4B (G-APYD) is one of five complete Comet aircraft in the UK and the only one with a full civilian history. This aircraft entered service in 1959, flying 16 million miles and performing 18,586 landings before joining the collection in 1979.

Comet was the world’s first passenger jet airliner. Several catastrophic failures led to the grounding of the fleet and when commercial flights resumed in 1958, a Comet 4 performed the first transatlantic crossing by a passenger jet.

The Lockheed 749 Constellation (N7777G) is the only complete Constellation in the UK. It was flown on KLM’s long-haul passenger routes from 1947, before being converted to include freight service and operating from Alaska.

This aircraft was used by the Rolling Stones during the band’s tour of the Far East in 1973, later joining the Science Museum Group Collection in 1983. Constellation was the first pressurised-cabin civil airliner. Its widespread use enabled large numbers of passengers to fly above bad weather for the first time, significantly improving safety and comfort.

Potential UK display partners for the aircraft should apply online by 10 June 2019.