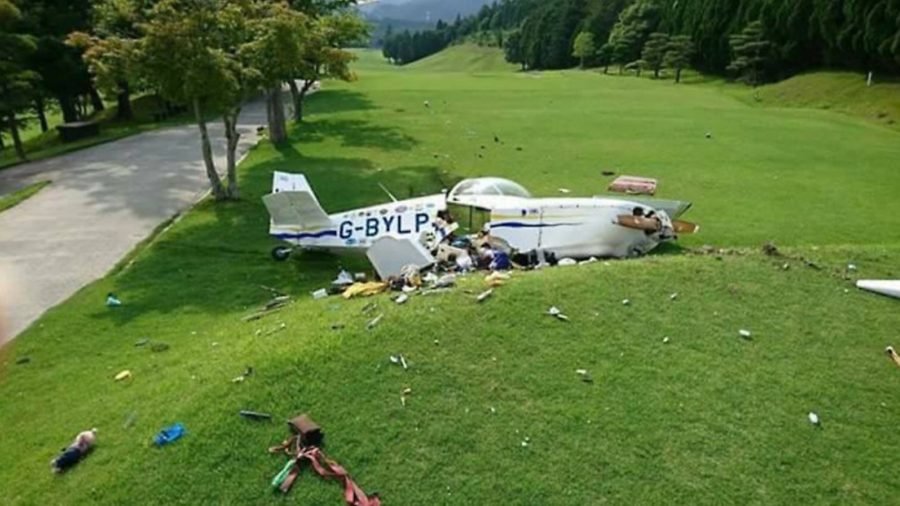 ‘My teddy bears did not cause the loss of engine power,’ he jests, talking about the mascots that have accompanied him on his flights to the USA, across that continent and then over Russia before his homebuilt KR2 ‘Itzy’ came to grief on a golf course in Japan.

Colin wants to bring home to England the teddies, his clothes and wash bag. Thanking those who have donated such a generous amount of money to help with medical treatment for his serious back injuries, he sheds a little more light on how the forced landing on a golf course did not work out as he had hoped. “If only that fairway was flat, I could have stopped in time,” he says. When bumps threw the aircraft back into the air and prevented Colin from being able to brake effectively, he “had to stuff it into the bank” to avoid crashing into the clubhouse.

Colin’s articles on his bold ‘Flying Adventure’ have been a feature of Pilot magazine. The editorial team wishes him a speedy recovery.