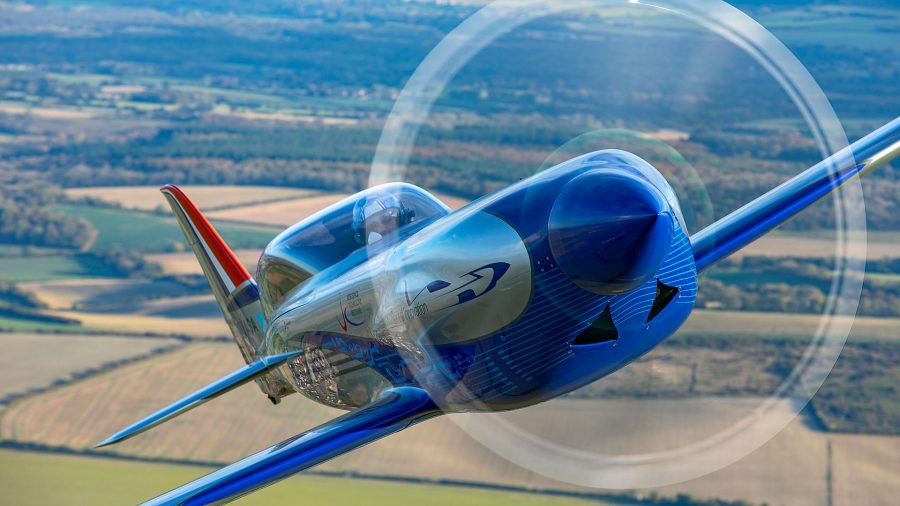 Rolls-Royce has claimed three world records for its innovative battery-powered aeroplane, the Spirit of Innovation, which is now awaiting official confirmation by the Fédération Aéronautique Internationale.

During subsequent runs from Boscombe Down, the Spirit attained 532.1km/h (287kt) over a 15km course – 158kt faster than the existing record. It also broke the existing 3,000m climb record by sixty seconds, recording a time of only 202 seconds – an average rate of climb of almost 2,924fpm.

‘During its record-breaking runs, the aircraft clocked up a maximum speed of 623km/h (337kt) which we believe makes the Spirit of Innovation the world’s fastest all-electric vehicle [of any kind]’, read the statement from Rolls-Royce.

Two pilots were involved in the record-breaking flights. Rolls-Royce Chief Test Pilot Phill O’Dell made the 3km run, while Steve Jones took on the 15km and time-to-climb records.

The aircraft uses a 400kW (500hp) electric powertrain, and what Rolls-Royce describes as ‘the most energy-dense battery pack’ ever assembled in aerospace.

Still in the electric aviation field, the University of Nottingham ‘Propulsion Futures Beacon of Excellence’ project has completed ground tests of its Cassutt III racer, which is expected to compete in the Air Race E competition next year.