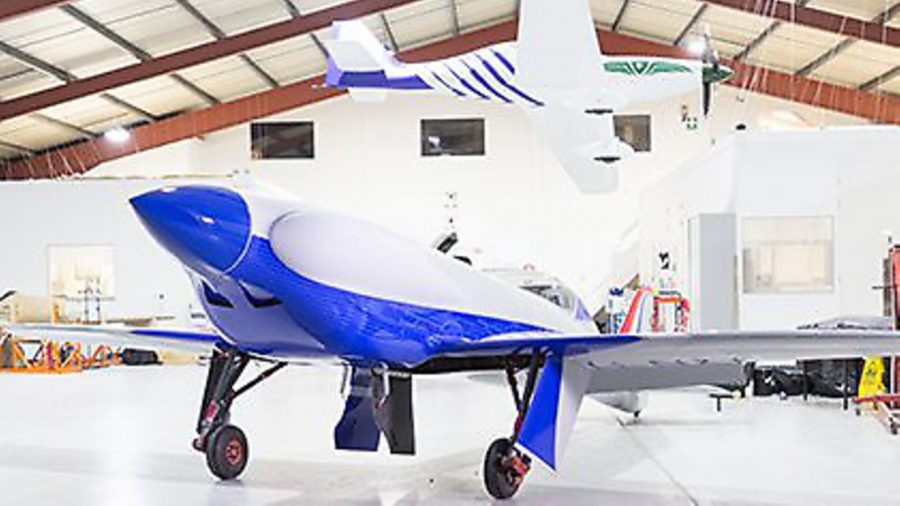 Rolls-Royce has unveiled at Gloucestershire Airport its electric project aeroplane, ACCEL which is intended to set a new speed world record of more than 300mph at some point in 2020

ACCEL is equipped with the most power-dense battery ever assembled for an aircraft, with an energy output that would be enough to heat 250 homes or fly 200 miles.

ACCEL has a single propeller driven by three high-output, coaxial electric motors. The propeller spins at lower RPM than that of a piston-engined aircraft, making ACCEL more stable and quieter.

During the record run the three motors are expected to continuously deliver more than 500hp, the powertrain working overall at ninety per cent efficiency. (For comparison, a Formula 1 racing car attains a maximum of approximately fifty per cent energy efficiency.)

A key aspect of the powertrain system is an advanced cooling system for the 6,000 cell battery that powers the aircraft.

The project involves a number of partners, including Oxford-based YASA?the manufacturer of the aircraft’s electric motors?and Electroflight, a company founded in 2011 in Gloucestershire which specializes in bespoke battery systems for the aerospace sector.

Half of the funding for the project is provided by the Aerospace Technology Institute (ATI) in partnership with the UK Department for Business, Energy & Industrial Strategy (BEIS) and Innovate UK.

Besides ACCEL, Rolls-Royce is working on two other projects relating to ‘sustainable aviation’.

The company has partnered with the largest regional airline in Scandinavia, Widerøe, to help it meet its ambition of electrifying its entire fleet by 2030.

In addition, Rolls-Royce is working with Airbus on the E-Fan X project, which aims to improve the carbon footprint of single aisle airliners.