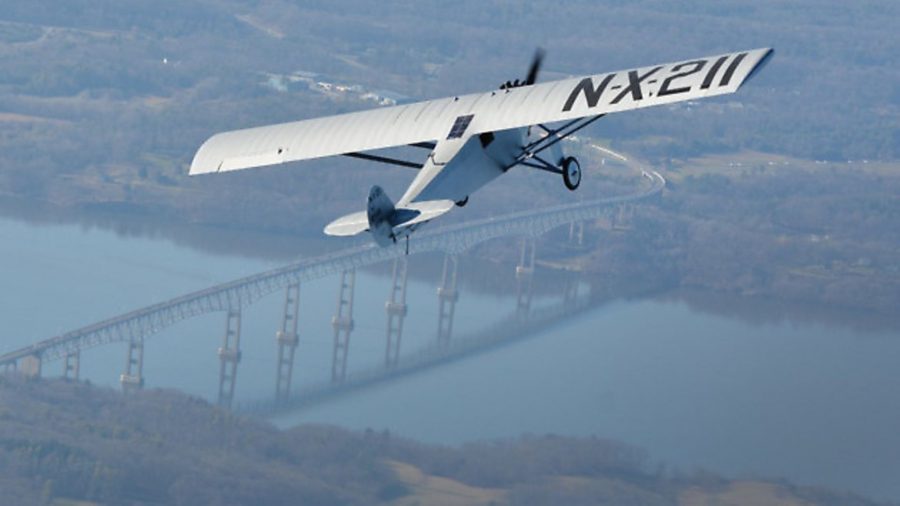 The Rhinebeck Aerodrome Museum has completed the most authentic reproduction of Charles Lindbergh’s famed Spirit of St. Louis built to date, and its first test flight was successfully made on 5 December by pilot and aircraft restorer/builder, Ken Cassens of Stone Ridge, NY. Cassens said of the flight, “It was uneventful, which is a good thing, and I was happy with the way it performed. I was pleased with the flight characteristics…nothing unexpected, other than it being nose-heavy. It trimmed out really well. A little bit hard to slow it down, because it’s so clean, and a little heavy on the ailerons, but that’s to be expected. No real surprises. It’s gratifying that it flew and I hope it keeps flying successfully. We have a lot more flight testing to do.”

The original Spirit was built by Ryan Airlines in San Diego and was designated the Ryan NYP (New York/Paris). Funded by members of the St. Louis Racquet club, it was dubbed Spirit of St. Louis in recognition of their support. The Spirit changed the world of aviation by proving such a long-distance flight was possible. Lindbergh became the most famous man on earth upon landing at Le Bourget airport in Paris on May 21, 1927, after his non-stop, thirty-three and a half hour flight from Roosevelt Field in New York.

The challenges of flying this aircraft are noteworthy. The pilot has zero forward visibility. Placement of the large fuel tanks essential for Lindbergh’s long flight needed to be on the aircraft’s centre of gravity, directly in front of the pilot. This allowed it to stay balanced throughout the duration of the flight as the tanks emptied along the way. Unlike modern aircraft, the Spirit has no brakes and only a tailskid that digs into the ground to slow it down upon landing. It takes a rare set of skills to fly an aircraft like this and Cassens was ideally suited for the job. His many years of experience in vintage types, and recent training in an aircraft with a blocked out windshield made today’s flight a success.

The Aerodrome’s project was started by Cole Palen soon after he obtained a Wright J-5 engine in the 1970s. Progress was halted for various reasons over time and Palen passed away in 1993 without seeing his vision become a reality. Cassens resumed the project for the Aerodrome in 1996 with aid from the Smithsonian’s National Air and Space Museum. The Smithsonian provided excellent support for the Aerodrome’s project, allowing Ken to examine the aircraft up close to gather vital information, and by contributing photos and instruments, identical to those used by Lindbergh, which are installed in the Aerodrome’s aircraft. Rhinebeck Aerodrome Museum President Michael DiGiacomio helped with the resurrection of the project after a nearly decade-long hiatus. DiGiacomio stated, “Many supporters and visitors donated funds, materials and even their own volunteer labour over the years to see this project completed. This aircraft enhances our collection and we are proud to have it here at Old Rhinebeck.”

Plans are underway for the Spirit’s public flight debut to take place on May 21, 2016, the 89th anniversary of Lindbergh’s landing in France. The flight demo will be followed by a Spirit of St. Louis gala event. Guest speakers will include Reeve Lindbergh (author and daughter of Charles and Anne Morrow Lindbergh), Dr. Peter Jakab (chief curator of the National Air and Space Museum) and Marc Molinaro (Dutchess County executive). Details of the dinner will be available at www.oldrhinebeck.org in the coming weeks.

The Old Rhinebeck Aerodrome is a living museum of aviation history located in the Hudson Valley. The collection features aircraft from 1903 to 1940. Saturdays and Sundays from June through October, vintage aircraft and period vehicles are demonstrated.