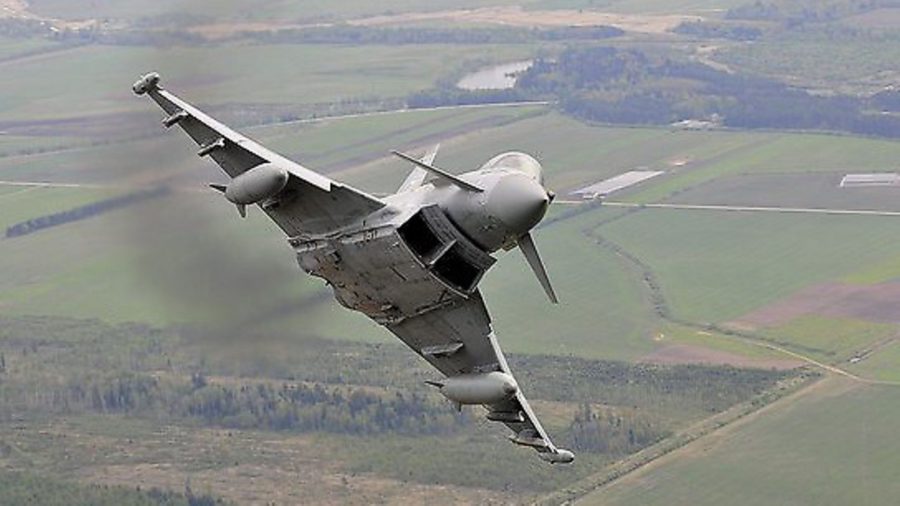 The Typhoon fighters were launched from RAF Coningsby, in Lincolnshire, on Monday and assisted in guiding an Air France plane to a safe landing in Newcastle.

People in the area began reporting that their houses were shaking at about 21:50 after hearing what sounded like two very loud explosions.

The noises were later confirmed to have been caused by sonic booms. A spokesperson for the RAF said: “Quick reaction alert Typhoon aircraft were launched today from RAF Coningsby to identify an unresponsive civilian aircraft.

“Communications were re-established and the aircraft has been safely landed.”

Reports have suggested that the jets were escorting the plane after it deviated off its course. Air France has confirmed that the unresponsive civilian aircraft was one of its planes.

The airline tweeted from its official UK Twitter account that due to a ‘radio communication problem’ they had sent two fighter aircraft to accompany the AF 1558 after it became unresponsive.

One woman took to social media to write: “house shook & whole street was out, car & house alarms gone off. Apparently was a sonic boom”.

It seems that a lot of people living in the area were left feeling concerned after hearing the noises. The North Yorkshire Police even tweeted in an attempt to reassure people: “Confirmation from RAF that loud bangs heard across the county were sonic booms from RAF Typhoon jets. No cause for concern.”

What is a sonic boom?

A sonic boom is created as an aircraft breaks the sound barrier, causing a high-energy shockwave.

When an aircraft approaches the speed of sound, the air in front of the nose builds up a pressure front because it has “nowhere to escape”, Dr Jim Wild of Lancaster University said.

It can be heard over a large area because “it moves with the plane”, similar to the wake on the bow of a ship spreading out behind the vessel, Dr Wild added.