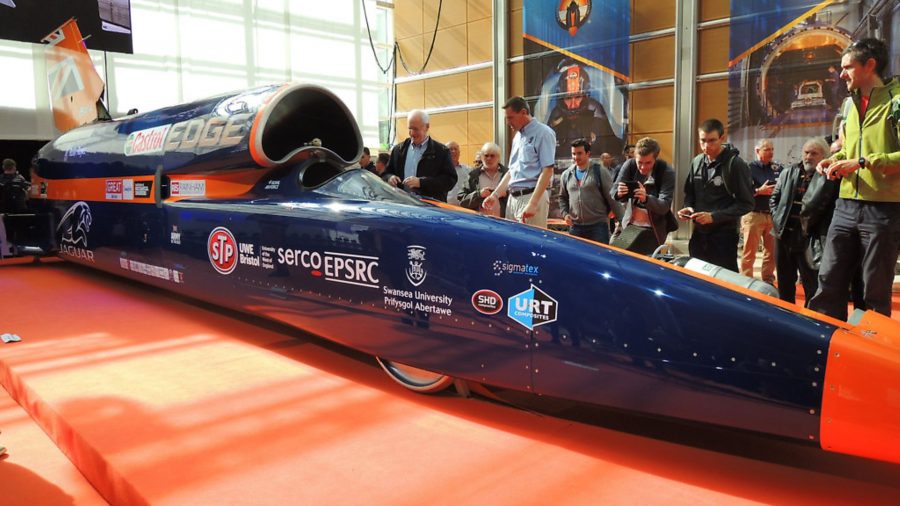 Bloodhound Programme Ltd, the company behind Project Bloodhound, the initiative to break the land speed world record, entered into administration on 15th October 2018

Project Bloodhound was founded in 2007 and aims to hit speeds of 1000 mph at a specially built, 18km long, 1500m wide race track at Hakskeen Pan in the deserts of the Northern Cape of South Africa.

In addition to seeking to break the land speed world record, the project is a major R&D catalyst and the focal point for a STEM education campaign which has reached over 2 million children since its launch, including 120,000 UK schoolchildren per year.

To date the project has operated on a partnership and sponsorship model, with support from a variety of partners including Rolls-Royce and Rolex as well as the Ministry of Defence which has lent prototype jet engines for the car, and the Northern Cape Provincial Government in South Africa, which has supported the creation of the track. Individual donations from members of the public have also supported the development of the car and the global education programme.

The project has already successfully built a viable racing car which has been tested to 200mph, whilst developing or testing propulsion, aerodynamic and telecommunications technologies with the potential for far reaching applications outside of the project. The team is now seeking around £25m in investment to provide guaranteed funding and see the project to completion.

Andrew Sheridan, joint administrator, commented: “Bloodhound is a truly ground-breaking project which has already built a global audience and helped to inspire a new generation of STEM talent in the UK and across the world. Entering into administration provides some breathing space to identify an investor who will bring the guaranteed funding, impetus and expertise required to drive the project forward.

“Whilst not an insignificant amount, the £25m Bloodhound requires to break the land speed record is a fraction of the cost of, for example, finishing last in a F1 season or running an Americas Cup team. This is an opportunity for the right investor to leave a lasting legacy. We are already in discussion with a number of potential investors and would encourage any other interested party to contact us without delay.”

Mark Chapman, Chief Engineer, Project Bloodhound, commented: “Bloodhound has had enormous success in creating the world’s most advanced land vehicle. As we now move out of the R&D phase and into the operational phase of the project, we recognise that we need a different approach to funding. This project is built around the most successful team in the history of Land Speed Racing, and with the right support we have no doubt that the project will achieve its aims and could be racing for the record in as little as ten months.”