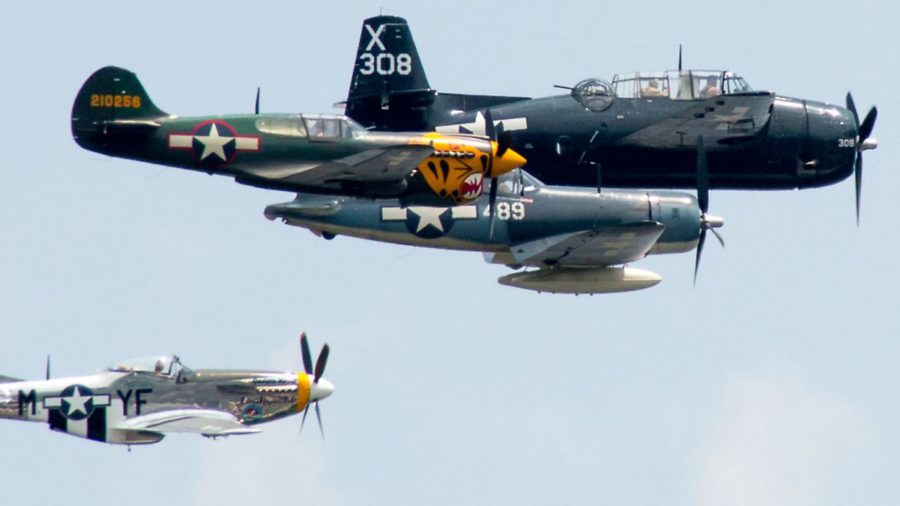 To commemorate the 75th anniversary of Victory in Europe, the Arsenal of Democracy (AOD), in conjunction with the WWII 75th Commemoration Committee, will produce an online video tribute titled VICTORY IN EUROPE – VE DAY 75 YEARS LATER.

The live-stream video tribute will honour this historic anniversary and pay homage to those who served on the frontlines and on the home front during World War II. Award-winning broadcast journalist David Hartman and renowned aviation production expert Scott Guyette, of Sleeping Dog Productions, have come together to write and produce this remarkable project.

The video will include interviews with WWII veterans, historical battle footage and current day footage of aircraft involved in WWII European theater battles, which is being provided courtesy of EAA Warbirds of America’s “Warbirds in Review”.

The video is also being made possible, in part, by the support and participation of the Bob and Dolores Hope Foundation and the Friends of the National World War II Memorial.

VICTORY IN EUROPE – VE DAY 75 YEARS LATER will be broadcast on 8 May, 2020, starting at 11:30 a.m. ET (16:30pm GMT) when the Arsenal of Democracy Victory Commemoration WWII Flyover was originally scheduled to begin its aerial tribute over the National Mall.

In March, the AOD Executive Planning Committee announced that the AOD Victory Gala and Flyover commemorating the 75th anniversary of the end of WWII would be rescheduled to take place in September.

The warbird aerial tribute fly over the National Mall will take place on Friday, 25 September in conjunction with an accompanying ceremony at the National World War II Memorial. The week’s events will culminate with two seminal events.

The first is an aerospace workforce and STEM-focused event, coordinated by the Air Line Pilots Association, and a static display of many of the warbird aircraft that participated in the flyover at the National Air and Space Museum, Steven F. Udvar-Hazy Center in Chantilly, Virginia, on Saturday, 26 September.

The second is the National Aviation Hall of Fame enshrinement ceremony at the National Museum of the United States Air Force in Dayton, Ohio, on the evening of Saturday, 26 September.