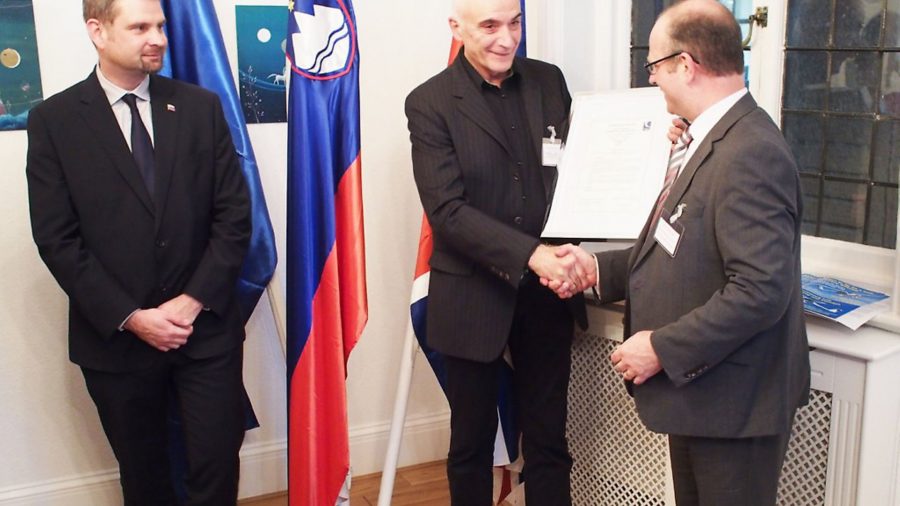 On 13 December the UK Civil Aviation Authority formally presented Slovenian light aircraft producer the Pipistrel Group with its A8-21 Certificate, confirming that Pipistrel meets the exacting standards required by the authority to design and manufacture aircraft for the UK market

The certificate was presented to Pipistrel CEO Ivo Boscarol by Tony Rapson, head of the CAA’s GA unit during a reception at the Slovenian embassy in London hosted by His Excellency Mr Tadej Rupel, the Slovenian ambassador.

This opens up UK market to some highly innovative new aircraft. Beside the attractive Rotax-engined Alpha, exhibited early in 2017 at the Popham Microlight Fair, Pipistrel manufactures the world’s first production electric aeroplane, the Alpha Electro. A two-seat trainer, the Electro is claimed to be ‘precisely tailored to the needs of the contemporary flight school’, offering short take-off distance, a 1,000fpm-plus rate of climb and endurance of one hour plus twenty-minute reserve.

The Alpha Electro is optimised for circuit training, where thirteen per cent of energy is regenerated on every approach by virtue of a cleverly designed two-blade propeller whose inner blade section acts as a turbine, increasing endurance and at the same time enabling short-field landings.

‘This aircraft will cut the cost of training by as much as seventy per cent,’ says UK agent Fly About Aviation, ‘making flying more affordable than ever before. And with zero emission and very low noise, many are saying this is the future.’

Pipistrel also produces the Panthera, a ‘sleek and sexy’ four-seater with 1,000nm range and a cruise speed of 200 knots consuming only 46 litres of fuel per hour of flight. The ‘traditional’ version of the craft is powered by a Lycoming IO-390 engine but the aeroplane is also available in both hybrid and electric versions with 200kW takeoff rating.