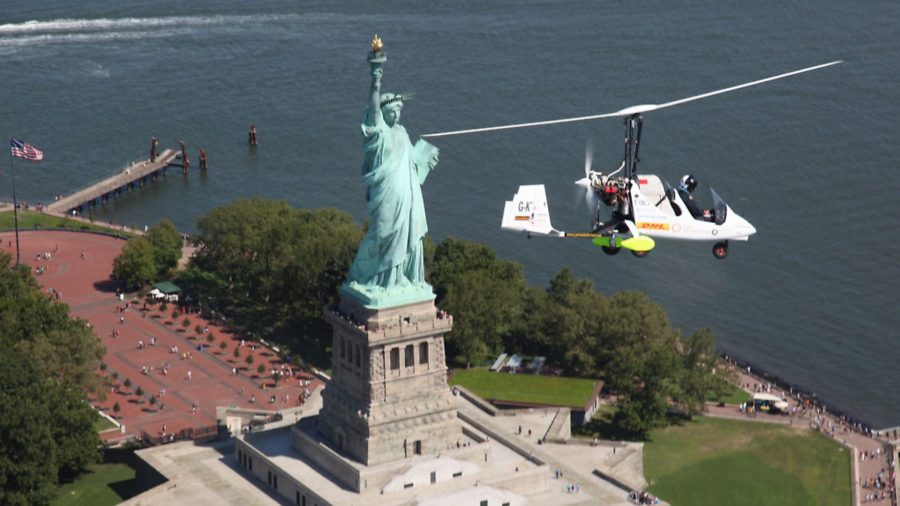 James Ketchell, who describes himself as “a serial adventurer”, arrived back at Popham Airfield on 22 September at the end of a circumnavigation of the world in his Magni M16C

During his five-month trip he crossed Europe, Russia, the Bering Strait, Alaska, Canada, all 49 mainland US states, and the North Atlantic via Greenland, Iceland and Danish Faroe Islands in the 700nm range craft.

En route he stopped to give motivational talks in schools, to scout groups and other youth organisations and via social media broadcasts, and to raise funds for two children’s charities: Kindled Spirit, which supports and rehabilitates young victims of human trafficking and slavery, and Over The Wall, which runs residential activity camps for children with serious health issues.

“It’s been an incredible, humbling experience but also the toughest challenge so far,” he said on arrival. “The weather has been so unpredictable. At times the flying has been hairy. I’m just so glad to be back. I’ve flown over some of the most beautiful, breathtaking mountain regions, deserts, forests and cities in the world.

“The freezing temperatures of Siberia tested my stamina and resilience. Flying over the north Atlantic in an open light aircraft was particularly worrying. Luckily there were no thunderstorms like the ones I faced in North America.

“My objective was to give every young person the belief and conviction that they can achieve their goals and dreams. This is all about trying to inspire others. I’m a normal lad who was a teenager with no motivation to do anything. Now I know anything can be achieved and I want to help other teenagers understand there are few barriers to realising your dreams.”

‘Serial adventurer’? Yes, indeed, James’s previous feats have included becoming the first person to complete the so-called ‘ultimate global triathlon’: rowing across the Atlantic Ocean, climbing to the summit of Mount Everest and cycling 18,000 miles around the world.