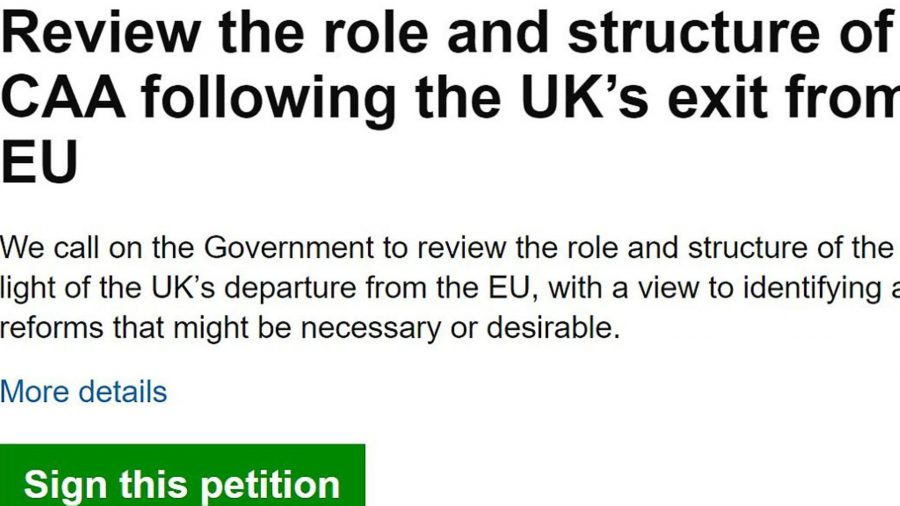 A petition to ‘Review the role and structure of the CAA’ has been approved and posted on the UK Parliament website, receiving at press time more than three hundred signatures. There is a deadline of 2 September 2021 for the petition to reach ten thousand signatures, in which case the UK government will evaluate and respond to the proposals made.

The departure of the UK CAA from EASA has created the possibility for the British Authority to set its own goals, policies and working practices, without constraints being imposed by the EU. The petition specifically calls on the Government to “review the CAA, with a view to identifying any reforms that might be necessary or desirable”. The group behind the initiative pointed out that “the direction of aviation has changed”, and noted that “many of the pages on the CAA’s Web site are marked for review”.

The petition concludes that “as the CAA is a public corporation of the Department for Transport, and the UK government solely responsible for the direction the CAA takes, the Government must review the role and structure of the CAA, so it can give clear direction to the CAA to ensure that it is ready for its new role in aviation”.