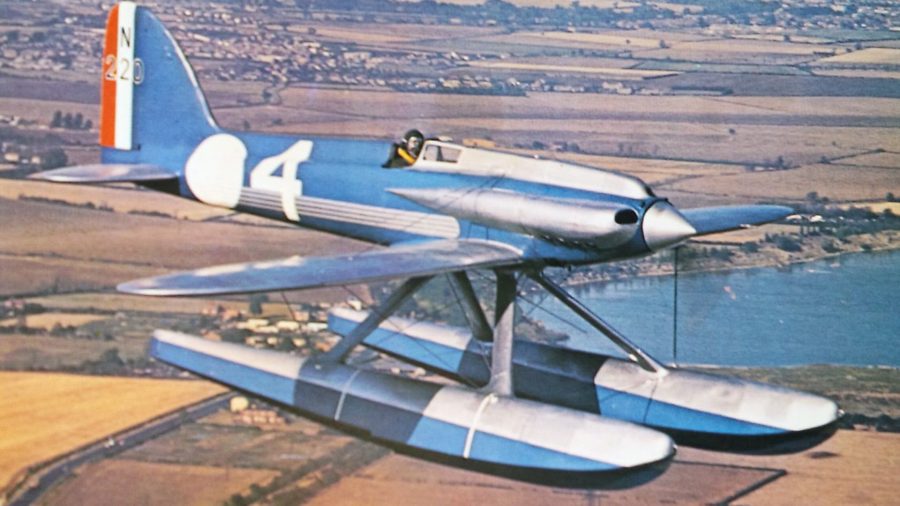 Will Hosie is seeking to build a Supermarine S5 replica like the one his father, Bill operated (and lost his life in, after the aircraft suffered in-flight structual failure unrelated to its basic design)

In the 1920s countries including the UK, America, Italy and France all vied to win the seaplane race three times in a row, in order to win outright and keep the Schneider Trophy.

In 1931 Great Britain achieved this feat and the winning aircraft – the Rolls-Royce R V-12 engined Supermarine S6B (on display in the Science Museum) – is often the only one credited, in particular because it represented the culmination of the high-speed seaplane development work carried out by R J Mitchell and the Supermarine team, and greatly influenced the future design of the Spitfire, which was also powered by a R-R V12, the Merlin.

However, there was a series of aircraft that led up to the S6B, including the Napier Lion ‘W12’ (or broad arrow twelve) engined S5.

Display/warbird pilot Cliff Spink of HAA Darrol Stinton Trophy fame (see ‘Pilot Notes’, December) says: “It was the S5 that set the concept and the design from which the more powerful S6 and S6B aircraft could grow.

“In many ways the S5 broke the mould of established high speed design conventional wisdom and thinking – and it was to eventually to set R J Mitchell and his design team on the path to the Spitfire.

“Will Hosie and his team have set themselves the task of building an exact replica of this terribly important, if slightly unsung, racing aeroplane. I for one will watch the construction of the new S5 with eager anticipation.”

If you would like to be a part of this team and join a 36-month build project, or be an investor or owner-pilot, please visit: www.supermarineseaplane.co.uk or email: bill.hosie@btinternet.com