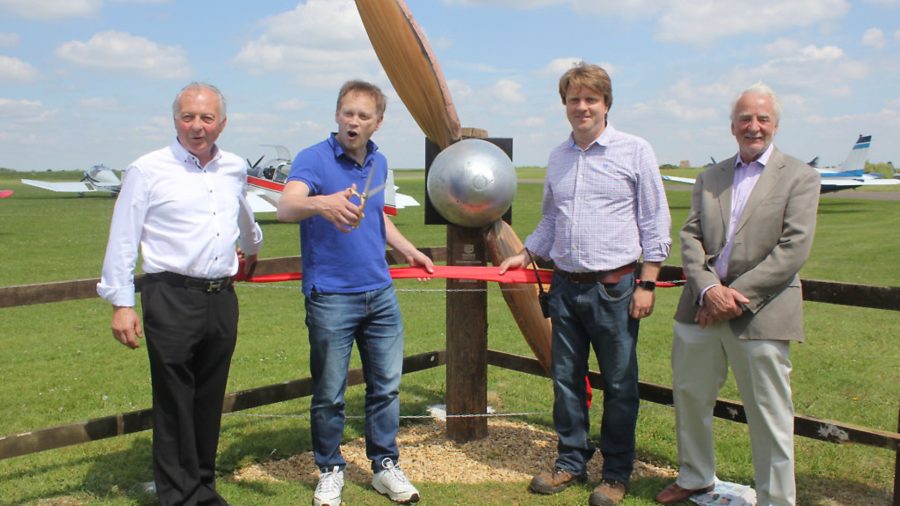 The project, financed entirely by the airfield owner, has seen the renewal of a section of WWII runway, last used in 2012.

The now 798m-long runway 07/25 has today been officially inaugurated by the Chairman of the All Party Parliamentary Group on General Aviation , the Rt. Hon. Grant Shapps, M.P.

The 159 x 18m area brought back to life forms part of the original 2,000m long runway, one of three, which formed the original RAF Old Buckenham.

Used with its original concrete surface until the condition deteriorated beyond acceptable margins in 2012, the added distance increases the margins of safety for the general aviation community, including pilot training, which the airfield serves.

The runway measurements of 2012 have been all but restored, with the added benefit that the lengths not only allow greater distance for take-off but also for landing.

All four measurement criteria used are now 798m. This development allows the airfield to cement its place as a key component of the UK’s General Aviation infrastructure.

Old Buckenham is one of only two CAA Licensed Aerodromes in the county of Norfolk, the other being Norwich International Airport.

The airfield was sold to property developers in 2007and just two weeks from closure due to unsustainable losses in 2011, is now thriving and has had its future secured for General Aviation thanks to its acquisition by the current owner in 2013.

Since then, myriad improvements including new hangar blocks, two museums and facilities for the annual award-winning Old Buckenham Airshow have revived the airfield’s fortunes.

“We take particular satisfaction to be able to ask Grant to declare open a significant improvement which will help fulfil the airfield owner’s mission of preserving this place for aviation; an aim which, before Grant’s remarkable and timely successes seemed extremely unlikely.”

The Rt. Hon. Grant Shapps, MP said: “Its fantastic to be part of the opening of the runway extension here at Old Buckenham, today. This extension not only will benefit Aviation in the East of England, but also the whole country.”