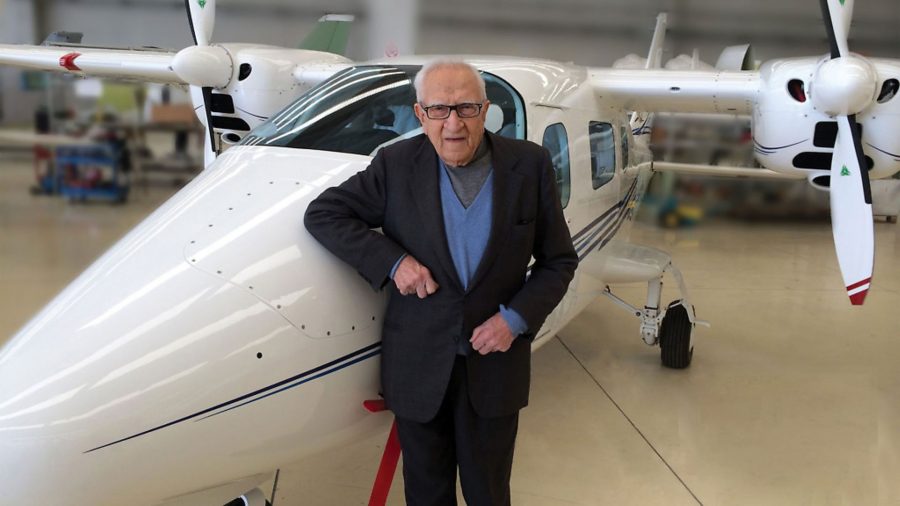 Professor Luigi Pascale, Founder, President and Chief Preliminary Design Officer of Italian manufacturer Tecnam, died on 14 March after a short illness. He was 93. A native of Naples, Luigi ‘Gino’ Pascale developed a passion for aviation in the 1930s, when he and his bother Giovanni ‘Nino’ won many model aircraft competitions with their own designs. Their first full-size aircraft, the P48 Astore, flew in April 1951. At the time Luigi had just graduated with a Master’s Degree in Mechanical Engineering and started his career at the University of Naples as assistant to Professor Umberto Nobile, who had commanded the first airship expedition to the North Pole. Pascale was later to create the University’s Department of Aeronautical Engineering.

Luigi gained his pilot’s licence in 1951 and in the ensuing years designed a number of light aircraft, including the svelte P55 Tornado which could exceed 210mph on a 140hp Lycoming engine and in the hands of Schneider Trophy pilot Mario De Bernardi won the Giro di Sicilia in 1956, and the single-seat P53 Aeroscooter, sometimes likened to a ‘Lambretta of the air’, which was designed for de Bernardi and incorporated provision (never installed) for a freewheeling rotor above its cabin for safe descent in the event of failure of its 22hp engine, It is preserved in the Museo Storico Dell Aeronautico Militare Italiana at Vigna di Valle.

Subsequently the brothers’ Naples-based Partenavia company built ‘aeroplanes for everyone’ that included the single-engined P64 Oscar and P66 Charlie and P68 series of light twins. In 1986 the Pascale brothers founded Tecnam, and the 2,500+ examples of Professor Luigi’s’s first Tecnam design, the P92, have now flown 200,000 hours. His last design, the 11-seat P2012 Traveller, is currently in flight test.

Throughout his career ‘Gino’ received numerous accolades and awards including the Fédération Aeronautique Internationale’s Paul Tissandier Diploma. In 2016 the Seconda Università of Naples conferred on him its highest accolade, an Honorary Doctorate in Aerospace Engineering.

Announcing his death, his nephew Paolo Pascale, who is Chief Executive Officer of Tecnam, paid tribute thus: “He was incredibly proud of Tecnam and all of its employees, and we will all miss him greatly. His drive to excellence, determination, can-do spirit and commitment to our company will inspire and stay with us always.”