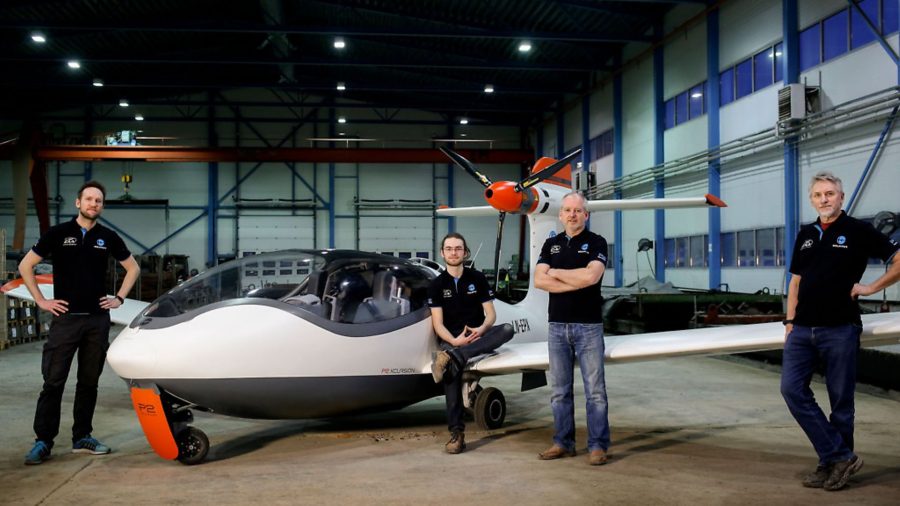 Norway’s pioneers in electric aviation, Equator Aircraft, have joined the world’s first electric air race with a team including the group’s founder and CEO Tomas Brødreskift

EAP enters Air Race E as the only Scandinavian team in what is now a field of 10 teams from around the globe preparing to compete in the inaugural race next year. The trio joins the contest with an impressive track record of developing innovative aircraft designs and carbon composite construction techniques, having already conducted the first sea trials of their electric sea plane just last year.

Air Race E founder and CEO Jeff Zaltman said: “We welcome Equator Aircraft into the series with wide open arms. This is an exciting validation of our racing series as a platform to develop technology for ultimate use in the commercial world. Equator is an accomplished industry player and we expect them to be an accomplished race team as well.”

Tomas Brodreskift: “The Air Race E initiative is a great opportunity to continue our work in electric aviation.

Jarlsberg Airport, 100km south-west of Oslo, will serve as the team’s base where EAP plans to modify an existing Cassutt IIIM, and retrofit it with a novel electric powertrain.

Air Race E will host its inaugural race next year as the first in a series of formula one style international air races. Air Race E events will see eight planes fly simultaneously around a tight 5km circuit at just 10m above the ground and at speeds of up to 450kph – faster than any land-based motorsport.

The series is widely considered a test-bed to trial electric aircraft technology to accelerate the development of sustainable aviation. Skilled pilots, airplane builders and engineers from around the world are taking part, with the opportunity still open for those wishing to register their interest in competing.

For more information go to https://airracee.com/