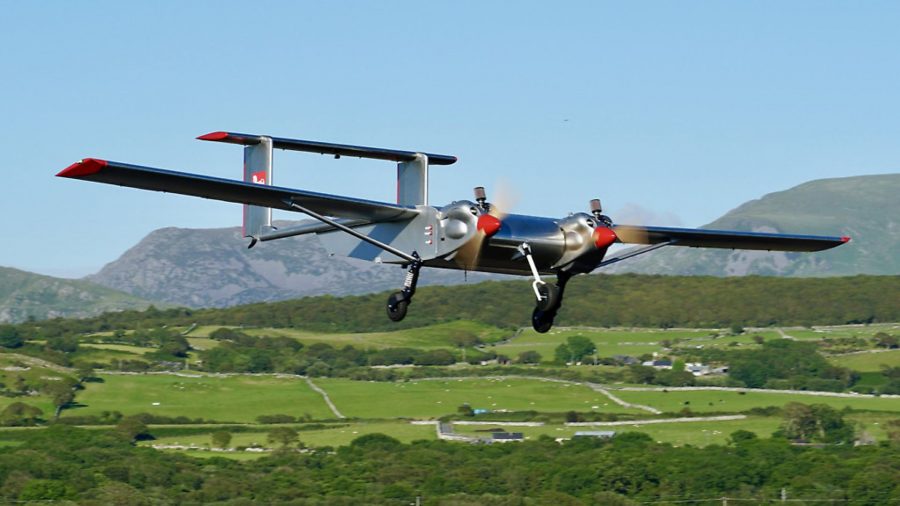 As part of its sponsorship of the project, PEI-Genesis has provided a crucial connector free of charge during development and test flights. The civilian drone project will see crucial NHS supplies carried to the Isle of Wight, while ferry crossings are limited.

The Windracers ULTRA, fixed-wing, unmanned aerial vehicle (UAV) is the UK’s largest civilian unmanned aircraft, capable of carrying 100 kg up to 621 miles. To deliver vital NHS supplies, the ULTRA will make the crossing from Hampshire to the Isle of Wight in just ten minutes, twice as fast as the normal ferry crossing.

To allow the drone to accurately and reliably transmit its GPS location, as well as instrument data, including the position of wing flaps and the cargo bay drop-mechanism, the UAV has been fitted with a connector supplied by PEI-Genesis.

The Amphe-Lite D38999 connector is a lightweight commercial connector derived from aviation-grade technology that will provide the Windracers UAV with protection against electromagnetic and radio frequency interference (EMI/RFI).

More commonly known as electrical noise, EMI and RFI can cause the loss of data transmission in cables and connectors. The Amphe-Lite connector is shielded using electroless nickel plating, which is built into a 360-degree grounding system, providing up to 50dB of noise suppression over a frequency range of 100Mhz to 10GHz. This is combined with a rigid composite shell to add strength.

“We partnered with Windracers and the research team at Southampton University because we felt our experience in the aerospace and military sectors can add value to this UAV project,” explained Daniel Cross, area sales manager at PEI-Genesis.

“Not only will the Amphe-Lite connector help in delivering vital supplies to the NHS during this difficult time, it’s extreme performance will be vital in the future when the ULTRA UAV is deployed to deliver aid to humanitarian projects around the world.”

“The Amphe-Lite connectors provide a fantastic balance between quality, availability, robustness, weight and cost,” added Nickolay Jelev, the lead on the development team.

“They are perfectly suited for our application, as the goal going forward is to manufacture the Windracers ULTRA platform in large numbers and operate it in harsh environments.”