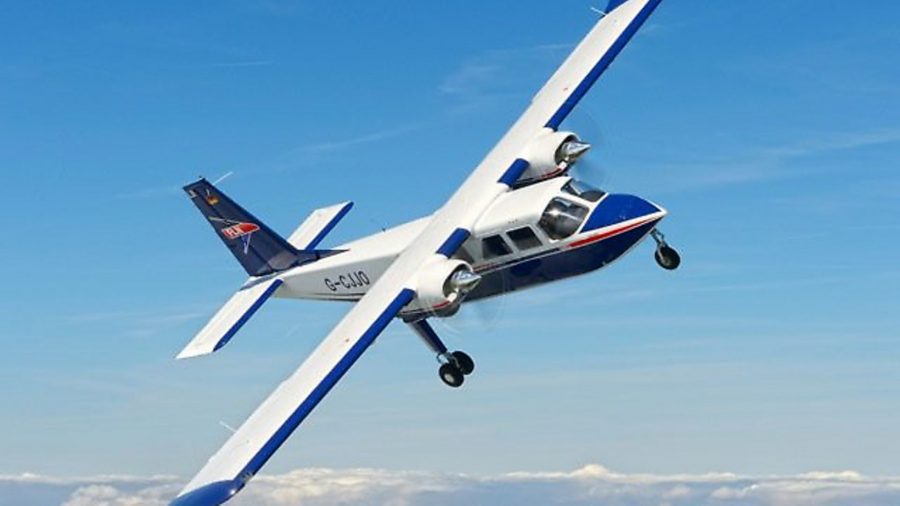 The German airine operates scheduled and charter flights along the Frisian coast and to and from Helgoland. The airline, which is based at Norden (EDWS), was formed in 1969 and has been operating Islanders continuously since 1975. In common with the majority of Islander operators around the world, the services provided by FLN allow year-round essential support to remote communities.

The 2017 model Islander comes with a range of benefits over its predecessors, including reduced empty weight, light weight Skytech starters, a glass panel based on Garmin avionics and the JP Instruments EDM 960 electronic engine display, LED external lighting, Amsafe 4 point crew harnesses, enlarged baggage access and all window seating. Prior to becoming operational the aircraft will also be fitted with MT’s 4 bladed composite propellers. All modifications included in the 2017 Islander will be made available as options for retrofit on selected legacy models of the aircraft.

A flight test of the FLN aircraft will appear in the November edition of Pilot magazine, which also features a special ‘Go Commercial!’ section for all those interested in commercial flying and airline careers.

The Islander is one of Europe’s most successful and enduring designs, its success being attributed to its exemplary performance as a multi-role, high frequency, short haul platform. The aircraft is renowned for its excellent performance and high operating reliability and offers an effective, dependable and low cost solution for operators. The aircraft can operate in some of the world’s harshest and most rugged environments, including all terrain operations from unprepared surfaces as short as 350m.