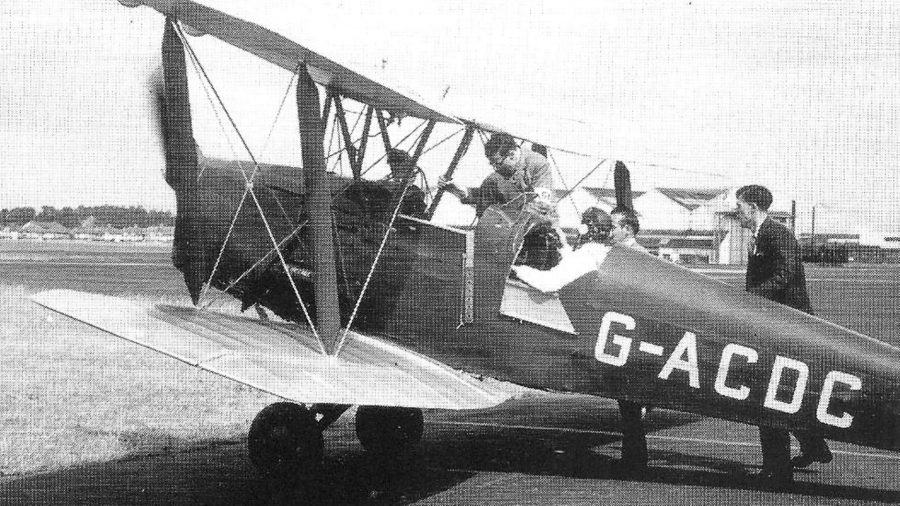 The Tiger Club has moved from Headcorn to Damyns Hall Aerodrome near Upminster, Essex. Report by Mike Jerram

‘The airfield is within spitting distance of the major wartime defence airfield of Hornchurch, and in recognition of this the radio callsign is “Hornchurch Radio” on 119.55 MHz’, says the club.

‘There is one marked-out runway, 03/21, and adjoining this is a large grass area offering aircraft such as Tiger Moths an unlimited choice of landing direction. It also has an excellent lounge/café offering plentiful food and refreshments.

‘Access to the airfield is really good, just ten minutes from the M25 and only two miles from Upminster tube station. This benefit has already seen the reappearance of several former members who found travelling to our previous locations too tiresome, and we look forward to renewing the acquaintance of many more!’

The Tiger Club was formed during a Royal Aero Club dinner in January 1956 at the suggestion of Norman Jones of Rollason Aircraft (who was later to launch Pilot magazine).

Founder members were Jimmy Denyer, Basil Maile, Bev Snook, Chris Wren and the Hon Peter Vanneck. Initially based at Croydon Airport, its then all-Tiger Moth fleet included G-ACDC (‘AC/DC’) that is still with the club.

Following Croydon’s closure in 1959 the Tiger Club moved to a new home at Redhill, and the club, its aircraft fleet and membership rapidly expanded, the latter including prominent names from the aerobatics, air racing and airshow communities, including Pilot’s late owner/editor James Gilbert and numerous past and present contributors to this magazine.