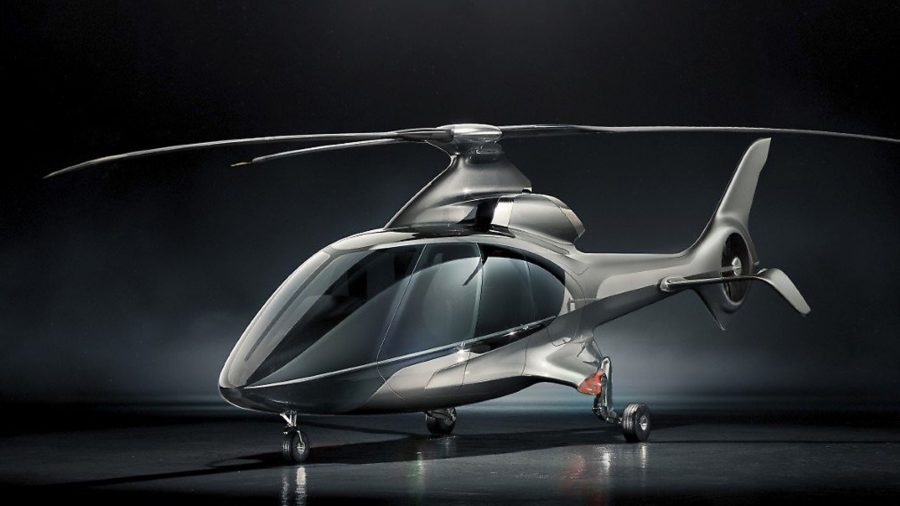 You’ve seen pictures of concept helicopters before, and most of them never rose from the paper… but this one has a better chance than most of flying in the real world | Words: Pat Malone

It’s the Hill HX50, and the designer describes it as a ‘disruptive’ entry into the small helicopter market, offering a step-change for the better in safety, performance, comfort and elegance.

Well he would, wouldn’t he. But this is not just another determined man with a dream – Dr Jason Hill is a master of all the talents, a helicopter aerodynamicist (that’s his Ph.D) who worked for Westland on the Lynx and the EH101, a businessman who runs his own successful consultancy specialising in finite element analysis, computational fluid dynamics, stress calculation and other highly specialised engineering services which he sells to nuclear plants, offshore oil installations, aerospace, medical, automotive and defence companies, even public buildings and theme park rides.

He knows how to knock up a helicopter, he knows about procurement and manufacturing processes and pitfalls, about certification and marketing, he knows why the automotive industry can build an impeller for $20 while something similar in an aeronautical turbine costs $20,000. Better than that, he understands financing and cash flow, and he’s nobody’s mug.

The picture you see here represents more than twenty years of development work. Five years ago I interviewed Dr Hill because he had come to the point on his GANTT chart where he first floats his concepts in public, and it was clear to me that he had his feet on the ground and his head screwed on. Today, we are at the point where he starts exciting public interest in details.

What we have here is a five-seat, 500 hp aircraft designed by a team of skilled engineers – Dr Hill no longer carries the whole load. Composite structure and rotor system, re-imagined avionics, elevated interior design and of course, looks to die for.

Dr Hill says the helicopter industry is sorely in need of ‘Elon Musk-style disruption’ and adds: “The only way to create something that is truly ground-breaking is to design from the ground up, giving equal focus to aerospace design, performance, and safety as well as to the artistic and experiential aspects, including comfort, ergonomics, intuitive technology, and luxury. The HX50 brings all of this together to deliver a truly unique aircraft and experience.”

Good quote for the brochure. Jason Hill is himself a helicopter pilot of twenty years standing, and some readers may know him as the man who designed the aerodynamic shield behind which Guy Martin set the world cycling speed record (112.94 mph) in 2013.

The HX50 is in the advanced design phase, with three prototypes scheduled to begin flight testing in 2022. The first deliveries are anticipated to take place in 2023. One vital statistic is still missing – the price. Rumours abound… could it really undercut the R66?

If you want to keep abreast of developments, it’s www.hillhelicopters.com. Best of luck, Jason. – Pat Malone.