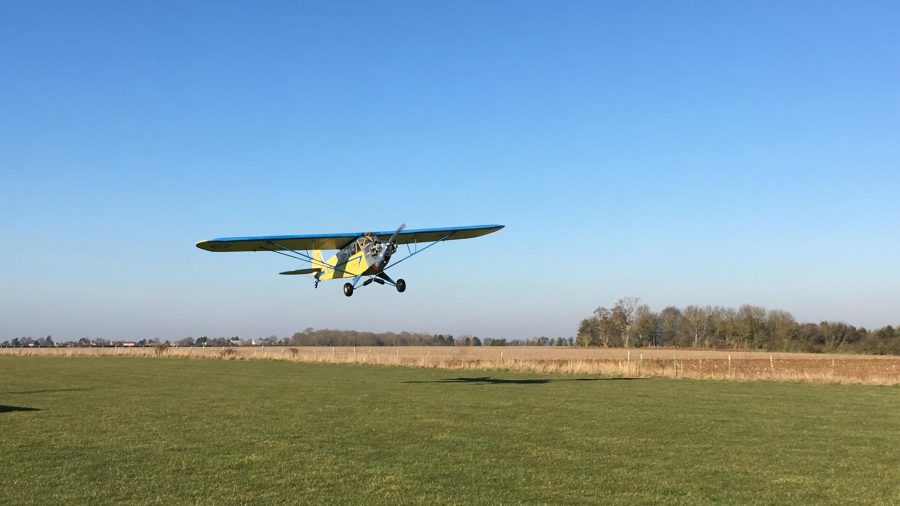 A proposal for a new grass airfield in Kent has found opposition by some local residents organized in a group called ‘Chocks Go Away’. Intended to be built on land owned by local farmer Richard Ledger at Little Mongeham near Deal in Kent, the proposal has enjoyed considerable support from local pilots, some of whom were displaced when Maypole Airfield closed last year. The proposed farm strip would consist of a 750-metre grass runway, with hangarage for up to twenty light aircraft and charging facilities for electric aeroplanes, cars and e-bikes. Bicycles would be provided free to borrow for visiting pilots, and ‘glamping pods’ and e-bikes would be available to rent on the same farm. A helipad for use by the emergency services would also be incorporated.

Despite application of “the greenest credentials that can be achieved in the airfield’s creation” a few locals have been vociferous in their opposition. Consequently, the team behind the ‘Little Mongeham Airfield’ project has been informed by Dover District Council that more information was required to validate the application.

Interestingly, although the airfield proposal does not involve any use of the land for farming, the opening page of the ‘Chocks Go Away’ website shows a picture of an oil seed rape field.

Commenting on the proposal and the opposition it has found, a supporter of the airfield project pointed out the dichotomy in using a photo of an oil seed rape crop, observing that “modern farming is quite industrialised – and if you think that a field of wheat or barley is teeming with life you’re very wrong. Most are depressingly sterile monocultures, being entirely bereft of any sort of life, flora and fauna, apart from the actual crop. In fact, there’s a very good reason why wildlife thrives on airfields: the absence of chemicals, both pesticides and fertilisers”.