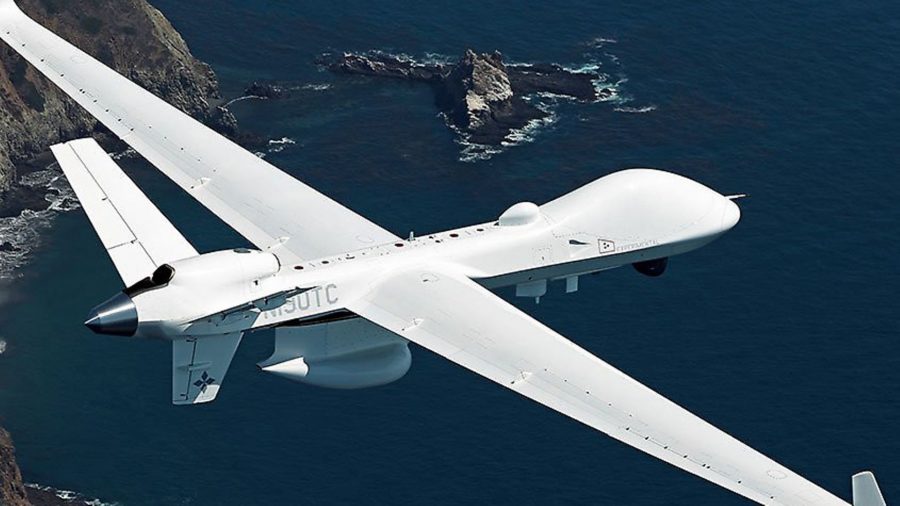 The MoD has applied for two new Temporary Danger Areas for the RAF’s latest aircraft, a General Atomics SkyGuardian

The MoD has applied for two new Temporary Danger Areas for the RAF’s latest aircraft, a General Atomics SkyGuardian. Powered by a Honeywell TPE331-10 turboprop engine, the SkyGuardian has a 24m wingspan, can fly at over 200ktas and 40,000ft for up to 40 hours, and weighs over 5,600kg.

The Temporary Danger Areas (TDAs) are centred on RAF Waddington in Lincolnshire and RAF Lossiemouth on the east coast of Scotland. The configuration is the same for each location, being centred on the aerodrome reference point (ARP) and aligned with the main runway. The TDA’s are

10nm wide, extending 5nm either side of the main runway centreline in both runway directions and 18nm long with the north-east and south-west boundaries following a nine nautical mile arc measured from the ARP.

The Waddington TDA will be in use from early July to early September 2021, and the Lossiemouth one from early September to end October 2021. They will be active only when SkyGuardian is being flown and each flight will be promulgated by NOTAM 24 hours in advance.

“To ensure minimum disruption to other airspace users, a Danger Area Crossing Service will be offered within both Areas A and B at both TDA locations,” said an MoD spokesman.

Even if the airspace has been notified as being active, it may be possible for both civil and military aircraft to transit through it under a clearance from either RAF Waddington or RAF Lossiemouth ATC,  as appropriate.

The Airspace Change Proposal put forward by the MoD is ACP-2020-100. It is currently in the ‘stakeholder engagement’ stage.