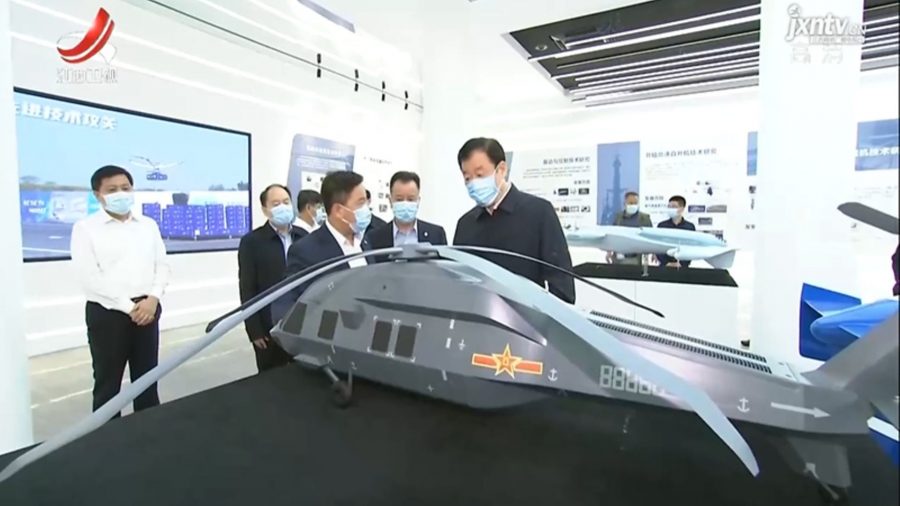 The aviation news website AVweb has shared an image of an intriguing new Chinese helicopter which appears to show several possible stealth features in the design of the airframe, rotor and exhaust.

The model of the helicopter was spotted by military analysts during the TV coverage of a visit by a senior party officer to the government-controlled AVIC Helicopter Research and Development Institute in the city of Jingdezhen.

The possible stealth features included a reduced radar cross section, low-visibility paint, a low-noise rotor system, and upward-facing exhaust outlets on the back of the tail boom to reduce the thermal signature of the aircraft.

Some observers have conjectured that the helicopter in the footage could be a stealth version of the Z-20 medium-lift helicopter, which some analysts contend is a clone of the Sikorsky UH-60 Blackhawk.