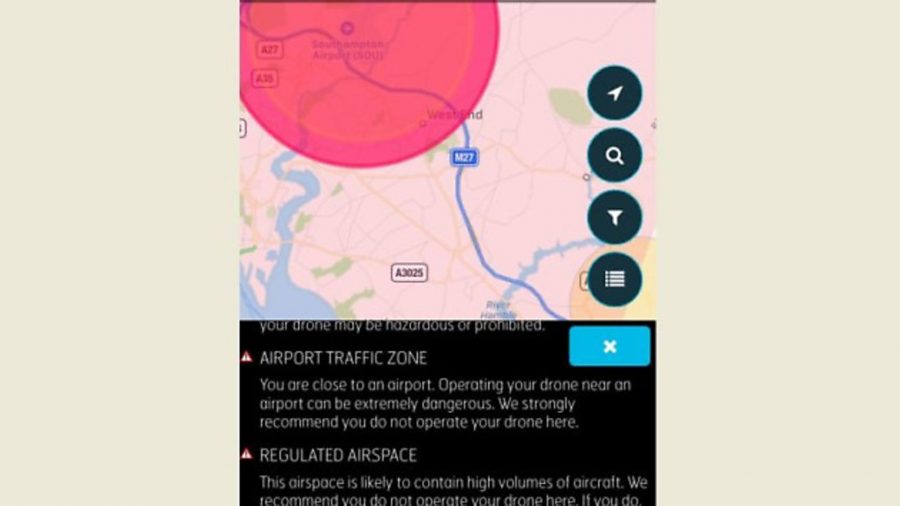 Operating a drone is not just a matter of how to fly it safely, but where. With reports of near misses increasing, more monitoring is needed

The National Air Traffic Control Service (NATS) has created an app, so drone owners know if they are approaching restricted airspace. The app is free and available on iOS and Android.

Drone Assist, powered by UK-based company Altitude Angel, has an interactive map to show areas used by commercial air traffic or where privacy issues may arise, such as schools. Its ‘Fly Now’ feature will also allow drone users to share their location and report on safe spots.

‘With the number of drone incidents on the rise, it’s clear that many people are unaware of the rules and their legal obligations as pilots,’ said NATS drone spokesman Phil Binks.

According to the UK Airprox Board, there have been 50 incidents and near misses this year, up from 11 in 2015.

The CAA has recently updated its Dronecode and launched a new website, which is accessible within the app, in the hope of increasing awareness of drone flying rules and guidelines.

CAA Dronecode gets update to promote safe and responsible flying