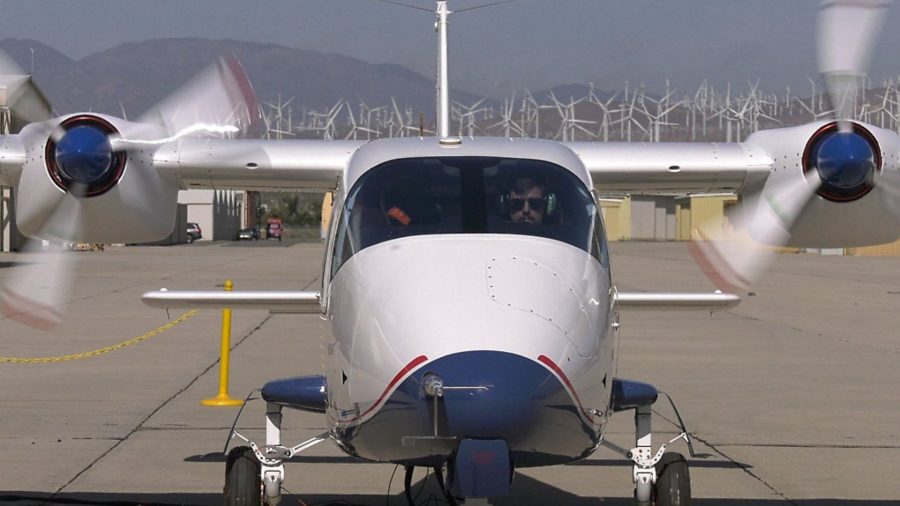 The X-57 Maxwell is approaching the ground phase of its testing programme. The aircraft is a modified Tecnam P2006T, which NASA is using as a testbed for electric aircraft technology.

The aeroplane is currently in its ‘Mod II’ configuration, which uses two electric ‘cruise motors’ and the original P2006T wings. The Mod III phase will incorporate a new, high aspect ratio wing, while the fourth and final modification of the X-57 will involve twelve electric motors and propellers being installed along the leading edge of the wing. According to NASA, those motors will only be used for takeoff and landing while the two larger electric cruise motors—relocated to the wingtips—will be utilized throughout operations. The propeller blades of the smaller motors will fold inward when not in use.