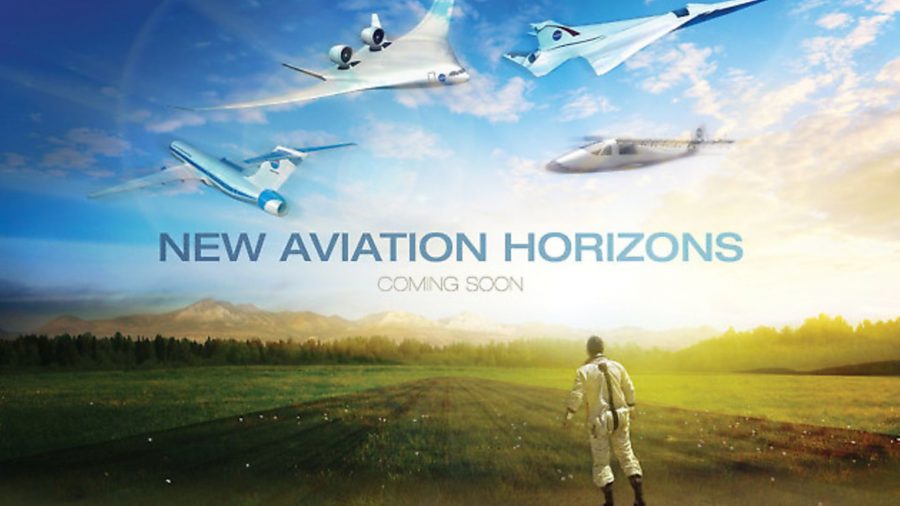 The famous space agency wants to revive X-planes in order to make flying significantly cleaner, quieter, and faster. NASA has estimated the first flights of the new X-planes under the New Aviation Horizons scheme could potentially commence in 2020.

The X-planes were a celebrated part of post-war aviation, responsible for NASA breaking the sound barrier and creating more efficient craft. Now, they have decided to revive the historic ‘X-plane’ division, the details of NASA’s plan were originally outlined in President Obama’s federal budget for 2016 and now the agency has released further information about New Aviation Horizons.

“History is about to repeat itself,” explained Jim Banke, NASA Aeronautics Research Mission Director. “There have been periods of time during the past seven decades – some busier than others – when the nation’s best minds in aviation designed, built and flew a series of experimental airplanes to test the latest fanciful and practical ideas related to flight.

“And now, NASA’s aeronautical innovators once again are preparing to put in the sky an array of new experimental aircraft, each intended to carry on the legacy of demonstrating advanced technologies that will push back the frontiers of aviation.’

One purpose of the scheme is to showcase how airliners can use half the amount of fuel and generate 75 per cent less pollution during each flight. They will also be much quieter than today’s jets – possibly even when flying supersonic.

This programme was first announced in February as part of the President’s budget for the fiscal year that begins 1 October with the plan being to design, build and fly the series of X-planes over the next decade.

“If we can build some of these X-planes and demonstrate some of these technologies, we expect that will make it much easier and faster for U.S. industry to pick them up and roll them out into the marketplace,” said Ed Waggoner, NASA’s Integrated Aviation Systems Program director.

As a result of recent discoveries from six years of technology demonstrations done with other government agencies, industry and academia, NASA says it is again ready to cross the threshold into X-plane territory.

2The full potential of these technologies can’t be realized in the tube-and-wing shape of today’s aircraft,” he explained. “We need the X-planes to prove, in an undeniable way, how that tech can make aviation more Earth friendly, reduce delays and maintain safety for the flying public, and support an industry that’s critical to our nation’s economic vitality.”

One of the first X-planes is expected to be a hybrid wing body shape, where the familiar tube-and-wing instead becomes a wing that blends into the body.

It flies the same speeds as commercial transport aircraft.

The design-and-build will take several years, and nothing is expected to take flight until at least 2020.

The ten-year plan also includes major field tests in collaboration with airlines, airports and the FAA to continue improving air traffic flow in the air and on the ground at airports. The improvement of the flow will result in reduced fuel use and emissions as well as less noise during takeoff, approach and landing.

‘This is an exciting time for the entire NASA Aeronautics team and for those who benefit from aviation, which, frankly, is everyone,” Shin said. “With this ten-year plan to accelerate the transformation of aviation, the United States can maintain its status as the world’s leader in aviation for many years to come.”