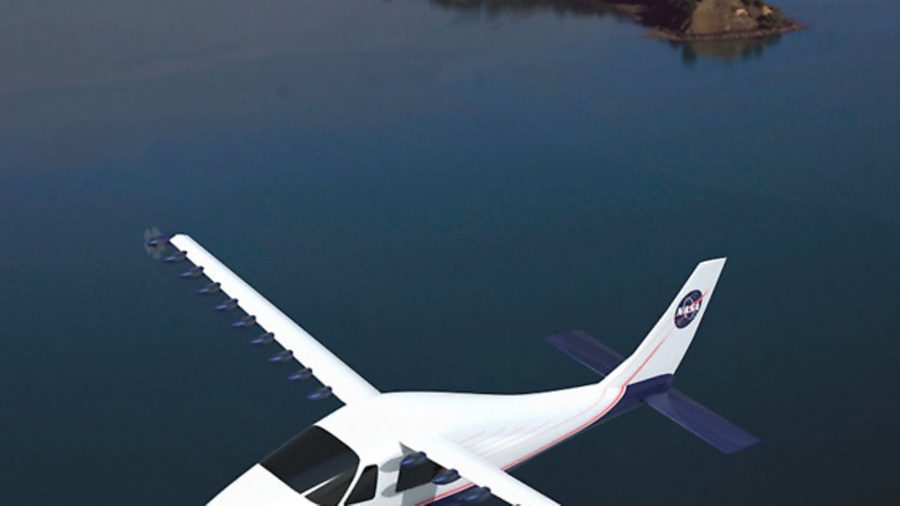 NASA engineers at the Armstrong Flight Research Centre in California are progressing with an ‘X-Plane’ aimed at demonstrating the efficiency of using an array of small electric motors rather than conventional engines on general aviation aircraft.

The $15-million, three-year research project is headed by NASA’s Mark Moore, who says, “This is going to be the first manned aircraft powered by distributed generation, so it’s going to be very meaningful in proving that a distributed-electric propulsion system can achieve up to five times greater efficiency than conventional piston engines, with thirty per cent lower operating costs.”

The plan is to equip a Tecnam 2006T with a new 31ft-span LEAPTech wing on which will be mounted eighteen electric motors and propellers powered by lithium iron phosphate batteries, replacing the aircraft’s twin piston engines. “We’re really focusing in on distributed electric propulsion as a key technology,” says Moore, who predicts that a series of small motors distributed along the wing can improve aircraft efficiency by fifty per cent compared to using a single electric motor as a direct replacement for each reciprocating engine.

Flight-testing with the Tecnam is scheduled for September or October 2017. Using currently available technology, Moore said that he expects the aircraft will have a range of about 200nm. “The batteries are constraining the practicality of this technology, but it seems credible that within five to seven years batteries will be about twice as good as what we’re using now.”