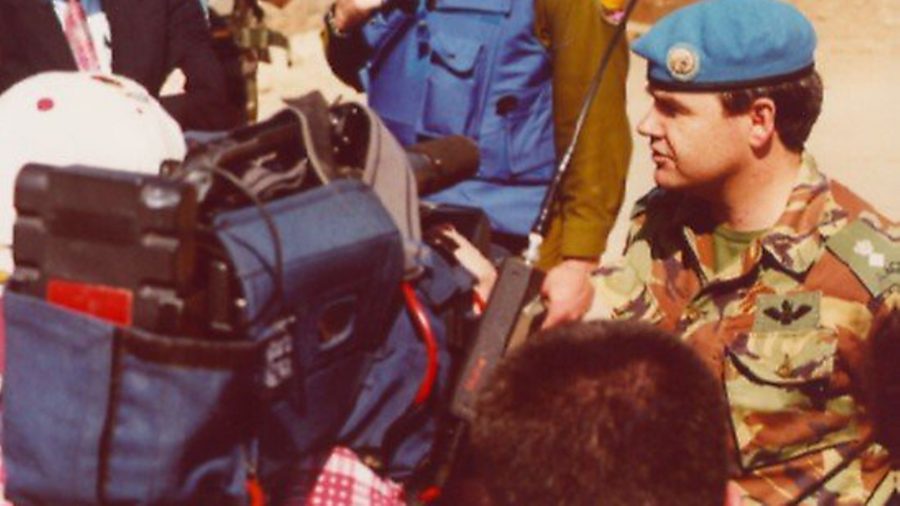 The Gulf War, Falklands War, Bosnian Conflict and Aden Crisis will come under the spotlight in a series of unique and exciting talks at the Museum of Army Flying this autumn.

High ranking officers who were deployed in the wars will give first-hand accounts of their experiences in the monthly talks between September and December this year.

The lectures form part of the Museum’s celebration of 60 years since the formation of the Army Air Corps (AAC) as it is today, in 1957.

The first lecture, ‘Dealing with the Unexpected – Gulf War Reflections’, takes place on Thursday September 7 and will see Brigadier (ret’d) Richard Folkes talking about the deployment of 4 Regiment Army Air Corps to the Gulf and the Four Day War.

In 1990/91 Richard was the OC of 659 Squadron and aged 36 he left his wife in Germany to take part in the operations in the First Gulf War.

The second lecture, which takes place on October 12, is by the Museum Chairman Lt General Sir Gary Coward.

His talk, entitled ‘Feeding Reptiles – Reflections of a UN Military Spokesman, Bosnia 1994-5’, will refer to the time Sir Gary swapped his AAC Blue Beret for a UN one.

The lecture covers his eight months in Sarajevo as the UN Military Spokesman at the height of the Bosnian Conflict.

On November 16, ‘The Falklands Conflict – An Aviation Perspective’ by Brig (retd) Colin Sibun will be from the perspective of OC 656 Squadron which was the only AAC Squadron involved as part of 5 Infantry Brigade.

The Squadron were alongside 3 Commando Brigade which had its own Royal Marine Air Squadron.

During the operation, which was after the Radfan Campaign, a then 25-26-year-old Robin was Second in Command of 8 Flight AAC as Lieutenant.

All lectures start at 7pm and cost £10, which includes a glass of wine or soft drink on entry.

The Museum’s Apache Cafe offers a curry supper from 6pm for £7.50.

For more information and tickets visit armyflying.com/events or call 01264 784421.