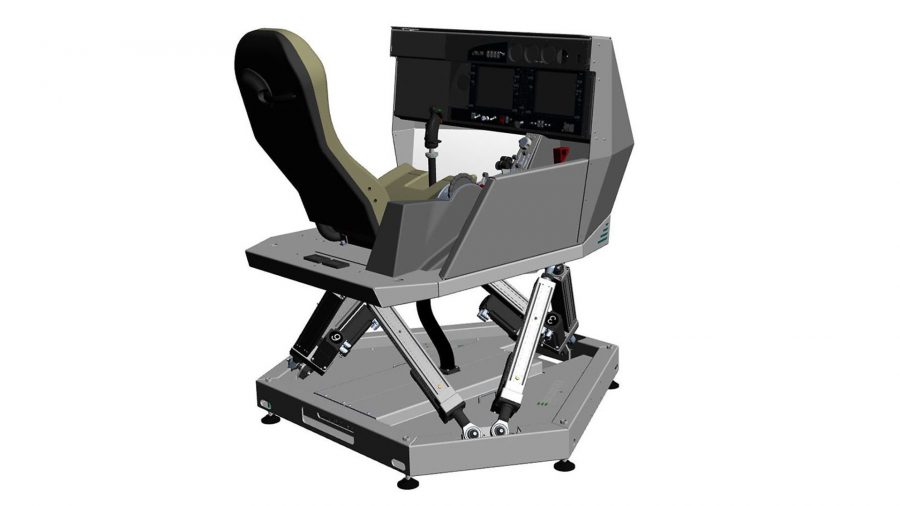 Designed to provide ‘a highly realistic training environment and flight experience at an affordable price’, the NovaSimMR DA-42 model was developed in partnership with FlightSafety International and virtual reality headset developer Varjo. With the blended technologies, students wearing a Varjo XR-3 headset can experience both a real DA-42 cockpit (equipped with Garmin G1000 avionics) and the 360° virtual external presentation of FlightSafety’s Vital 1150 Level-D image generator.

The XR-3 VR headset offers human-eye resolution with a 115° field of view. It is described as ‘the only device where virtual objects look real instead of appearing as holographic augmentations. With ultra-low latency [less than twenty milliseconds] and a high-fidelity 12-megapixel video stream, [it allows to] explore true-to-life virtual visualizations as natural extensions of the real world’.

Brunner Elektronik believes that Mixed Reality Simulators ‘will lead the whole simulation and training industry into an era with safer, more ecological, and more affordable training; not only for the biggest training providers in Europe, like LAT, but [also] for smaller flight school operators all around the world’.