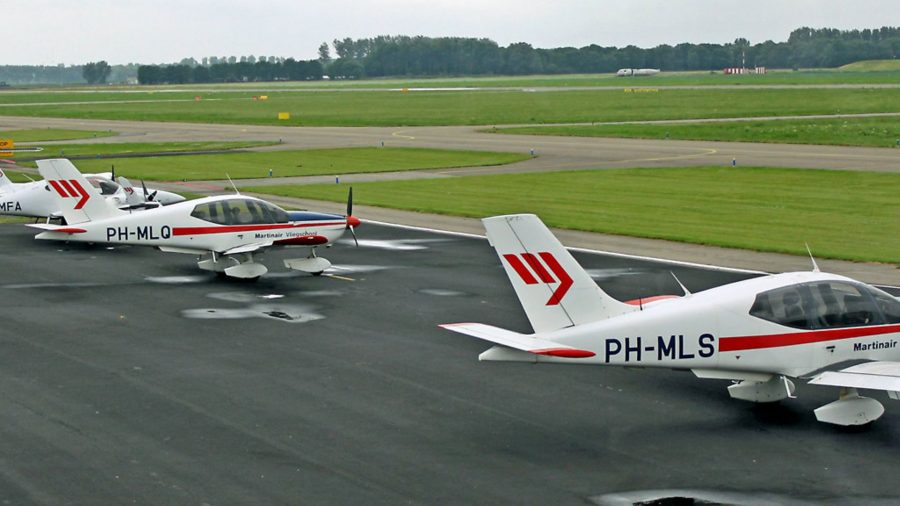 Lelystad Airport, which is the busiest GA airport in The Netherlands and satellite to Amsterdam-Schiphol, has recently undergone a major transformation to become an international airport with inclusive tour holiday passenger flights across Europe, and is expected to handle to five million passengers and 45,000 movements a year

The work was completed in April, but the opening has been delayed until 2023 by the Dutch Parliament and the European Commission in Brussels because of opposition to all the extra flights and arrangements over the increase in air traffic movements, as well as plans forcing budget airlines to move from Schiphol to Lelystad.

The major expansion includes building a new terminal building and ramp area with four stands and a 2,700m runway extension, and was funded by a ninety million Euro investment by the Schiphol Group.

It will enable budget airlines, holiday charters and regional carriers to operate at Lelystad with Boeing 737- and Airbus A320-sized aircraft on international flights to southern and eastern parts of Europe, the Mediterranean, North Africa and the Middle East, and also serve as a reliever airport for congested Schiphol. Lelystad Airport first opened in 1967 with grass runways, and has become the largest GA airport in the Netherlands.

The Martinair Flying Club is one of the largest flying clubs currently there, and the increase in commercial aircraft movements will adversely effect its operations.

The airfield is also home to the Aviodrome Museum.