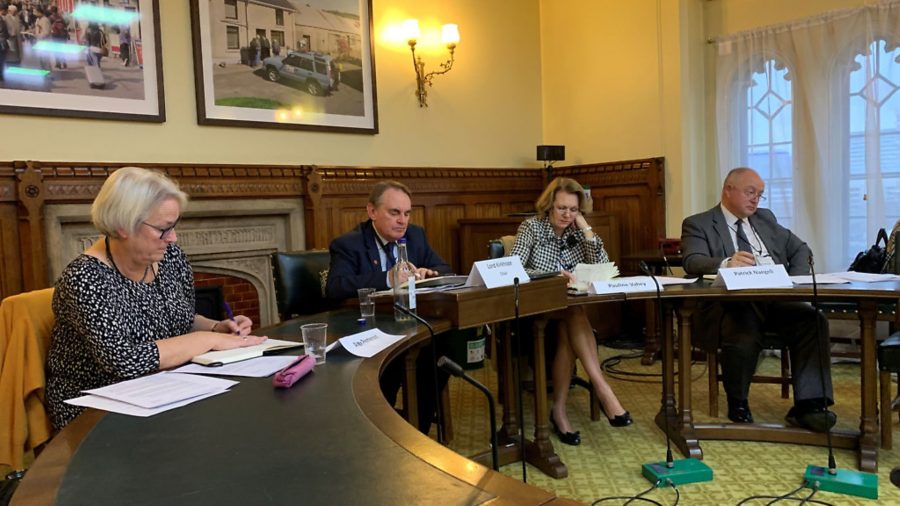 The inquiry, chaired led by Lord Kirkhope of Harrogate, is studying whether the current protocols behind airspace changes are adequate, whether changes to who and how these changes are administered are now required, and what needs to be done to ensure that access to airspace remains fair to all sections of aviation.

Representatives from the British Gliding Association (BGA) and the Light Aircraft Association (LAA) spoke at the first ‘oral evidence’ hearing of the Lord Kirkhope Inquiry into Airspace.

The panel heard the concerns of pilots of gliders and light aircraft who are worried that the current process for airspace change is fundamentally unfair with large elements of airspace being unnecessarily restricted with no ‘ratchet down’ process.

The witnesses, Pete Stratton from the BGA and Steve Slater of the LAA, were then quizzed by panel members about what they believe could be done to “ensure that the UK’s airspace is suitable and sustainable in the long-term, how the Civil Aviation Authority needed to adapt and how systems designed to allow aircraft to see each other, known as electronic conspicuity, could hold the key to the future of airspace”.

The hearing, which lasted two hours, took place this month in the Houses of Parliament.

Commenting afterwards Lord Kirkhope said: “I would like to thank Mr Stratton and Mr Slater for appearing in front of the panel today.

“There are some very clear concerns which are shared by all parts of the aviation community when it comes to the future of UK airspace. The concerns of light aircraft and glider users must be taken into account, considering they are such a large part of the UK aviation sector.

“I look forward to our next oral hearing session in the new year, which will see representatives from airports and airfields around the UK answer questions from the inquiry panel.”

The Lord Kirkhope Inquiry into Airspace is studying all components of governance and the process that results in airspace decisions being made.

The inquiry will make recommendations on changes that could be made to both the oversight and process behind airspace change in the UK. In addition to making representations to ministers, MPs and Lords may wish to introduce legislation to change the current law.