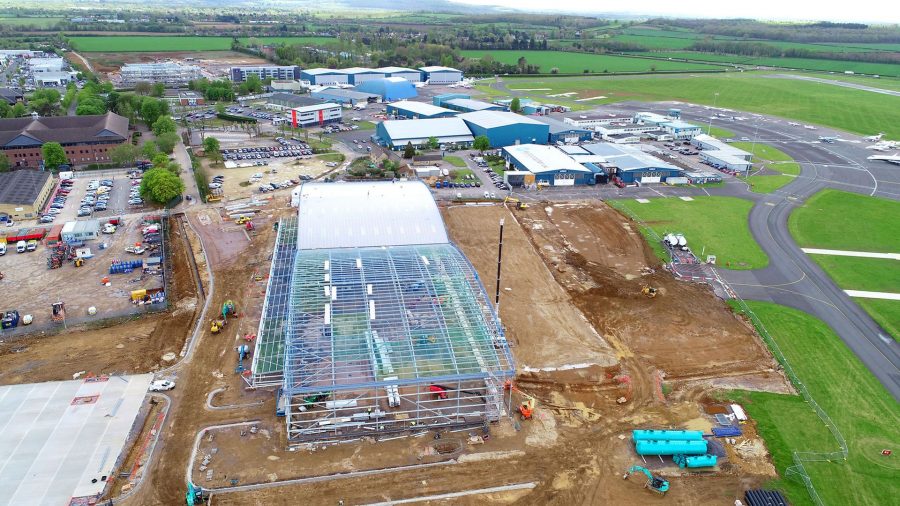 Work has started at London Oxford Airport (formerly Kidlington) on several new structures. These include more hangar space, extra helipads, a Sustainable Aviation Fuel (SAF) farm and new fire station. The works, which are expected to be finished later this year, are aimed mostly at the airport’s growing Business Aviation operators.

The centrepiece of the update is a new 140-metre long hangar with two bays and including rear offices, stores and workshops. It is designed to hold up to six Bombardier Global, Gulfstream or Dassault Falcon business jets at the same time. The new hangar will house mostly long-established tenants, such as Airbus Helicopters, Volare Aviation and Jet Maintenance International (JMI), who will all move out of the older facilities.

Some of the buildings date back to WWII, when the field was known as RAF Kidlington, and are due to be replaced. A large parking apron has been built, along with seven new EASA/CAA compliant helipads to support Airbus Helicopters and the growing number of commercial AOC helicopter businesses at the airport. The new fuel farm, in addition, will quadruple capacity of the original facility and provide future static tankage for SAF.