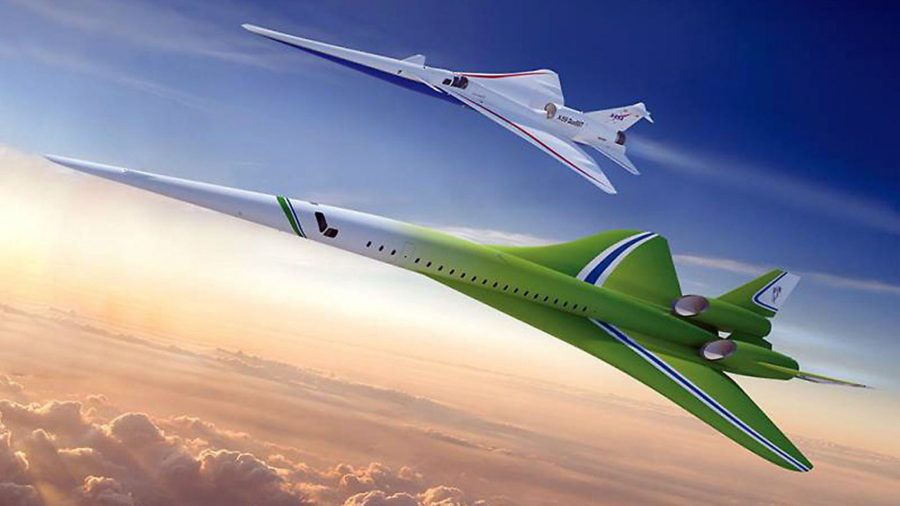 Lockheed Martin, which developed NASA’s X-59 low-boom demonstrator aircraft, has revealed details of a Mach 1.8 supersonic airliner that would be able to fly transpacific routes with up to forty passengers

A sharply swept delta-wing design, it would be 225ft long with a span of just 73ft, and a have V-tail between which would be mounted a pair of 40,000 lb-st non-afterburning turbofans.

“We now have the technology to dramatically reduce the impact of those sonic booms that were completely unacceptable from Concorde,” says Michael Buonanno, Lockheed Martin’s Air Vehicle Lead for the X-59 project.

“With the new demonstrator, which is targeted for first flight in 2021, we are shifting the whole design space, and proving we can shape sonic booms to make them dramatically quieter. Leveraging data from X-59, regulators may replace the current boom with standards that future manufacturers of supersonic airliners could design to. So, this could really usher in a new age of commercial transportation.”

“We know it’s going to be very difficult to come up with an airplane that meets all the design objectives, so as we went through the process we looked at those trade-offs to see where we could give a little, though still not be worse than the threshold,” Buoanno explains, “but it did enable us to come up with a sweet spot in terms of the design.”

Range is set at 4,200nm?sufficient for most city pairs?while an ultimate of 5,300nm would permit non-stop transpacific missions. A takeoff field length of less than 10,500ft is the goal, though less than 9,500ft would be preferable, and Mach 1.7 is the target speed for overland cruising.