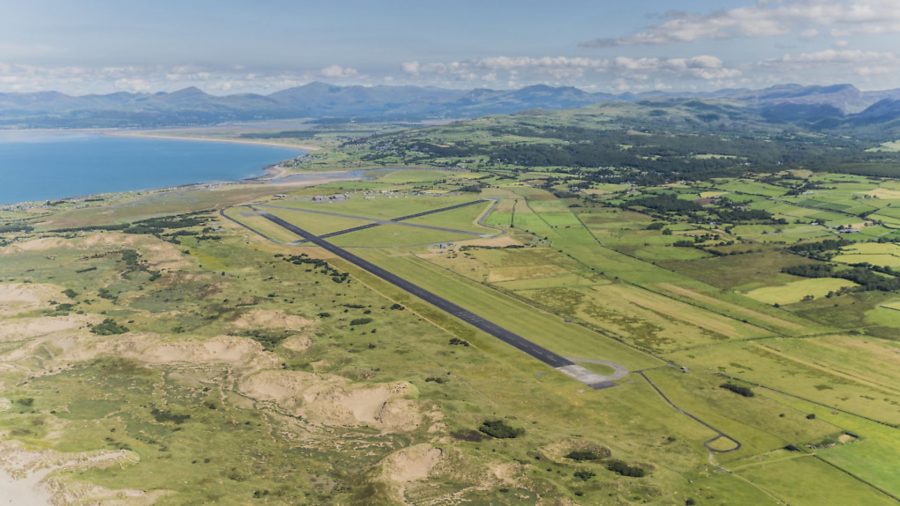 Snowdonia Aerospace has launched a public consultation on a proposed change to the airspace designation around Llanbedr Airfield. If granted, the proposed airspace change will create a permanent Danger Area that will enable Snowdonia Aerospace Centre (SAC) to further develop the site as a UK ‘centre of excellence’ for testing of next-generation aircraft, such as drones, electric aircraft, urban and regional air mobility vehicles, high altitude balloons, airships and near-space vehicles. The proposal is part of a sustainable long-term Masterplan for Llanbedr Airfield that could contribute up to 515 jobs and £19.5m per year to the local economy once full developed, according to SAC.

Although the Danger Area will be permanent in terms of its designation, it will only be active as and when required, otherwise it will remain open to all air traffic. The CEO of SAC Lee Paul told Pilot “this is one of the building blocks and ongoing investments being undertaken by us as part of the long term sustainable development of the site and the retention of the airfield. With so many airfields being closed and developed for non-aviation use it is even more important that the aviation community support measures being taken to protect and promote future aerospace operations and keep airfields alive”.

Although the core focus is on developing the airfield as a UK Test Site, the aerospace site’s future is very much focused around a mixed-use business plan encouraging a range of aerospace uses. To that regard, Paul mentioned the fact that “we have an increasing number of resident GA pilots, a successful and growing flying school, new operators setting up their businesses next year on site and we continue to support regular gliding expeditions, the Royal Aero Club and Fly UK, amongst others.”

With support provided, among others, by the Welsh Government, SAC has invested in new infrastructure, including facilities for fuelling, hangarage, ATC, fire-fighting, weather and accommodation. The consultation launched by SAC began on 7 December 2020 and will run for seven weeks, closing on 22 January 2021. The company has produced a Consultation Document, explaining the proposed changes, which is available on the Civil Aviation Authority website.