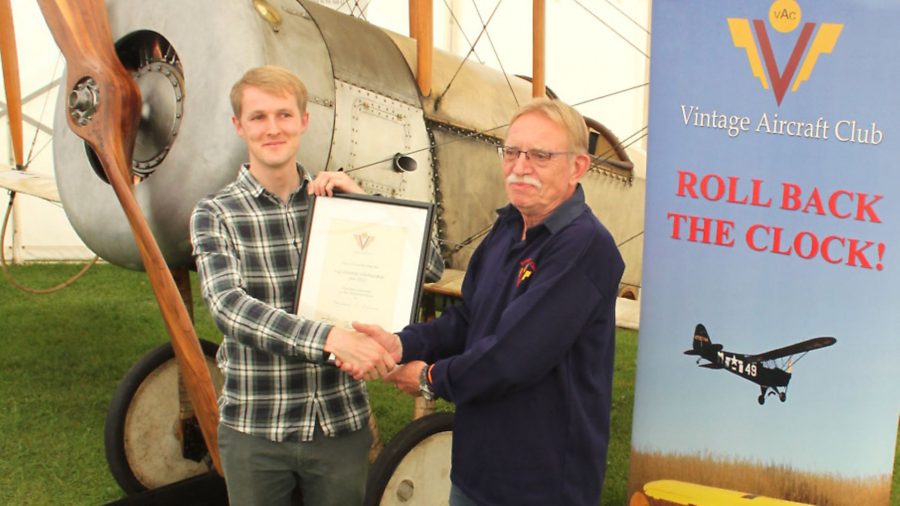 Benjamin currently flies from Liverpool airport where he is training to be a commercial pilot. He has demonstrated a clear passion for vintage machinery; he drives a 1969 Austin Healey Sprite and did his Liverpool University engineering dissertation on ‘Handling Qualities of Vintage Aircraft’.

“The VAC has been in existence for over 50 years, and currently has some 300 members who own and operate almost 200 classic and vintage aircraft,” said chairman Peter Wright.

“If our club is to thrive and survive, we recognise that not only must we attract new younger members, but must also hand on the skills required for younger people to operate the older type of conventional undercarriage aircraft – or taildragger as they are more commonly known.”